Three young men are seen from a very low angle as they make arrangements with other friends to meet at the Spring Feria in Seville, Spain. Beneath dozens of colourful lights which hang from cables above their heads, two stand holding drinks while the third speaks into his mobile phone. They are all impeccably dressed in smart jackets and tasteful ties with one owning a carnation in his lapel. It is a lively event that Seville holds annually in the vast fairground area on the far bank of the Guadalquivir River. Rows of temporary marquee tents, or casetas, host families, corporations and friends into the late hours during the April Fair which begins begins two weeks after the Semana Santa, or Easter Holy Week in the Andalusian capital. 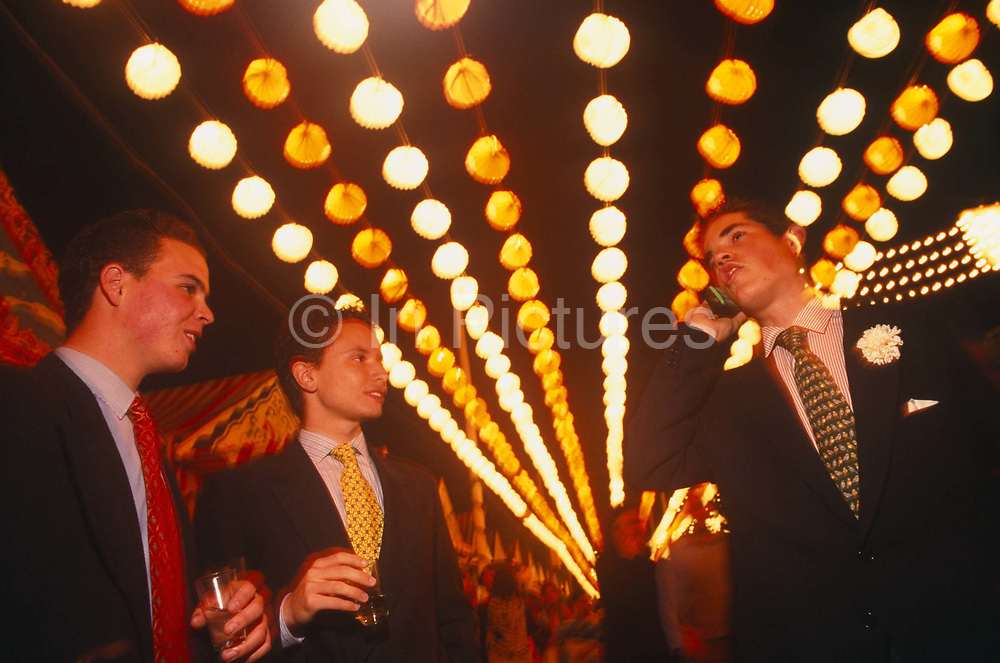