A BBC London 94.9 radio reporter, on location in Trafalgar Square after the unveiling of the Fourth Plinth artwork. The journalist looks into the distance, thinking about the report he is soon to make live on air during the current news item - the unveiling of the most recent artwork on the Fourth Plinth by German artist Hans Haacke. Holding the microphone and with other broadcast equipment resting on a ledge, he considers how best to describe the scene for London's radio audience. RAJAR data, the audience measurement system in the UK, showed that BBC London 94.9 audience reach for the second quarter in 2014 was 572,000. 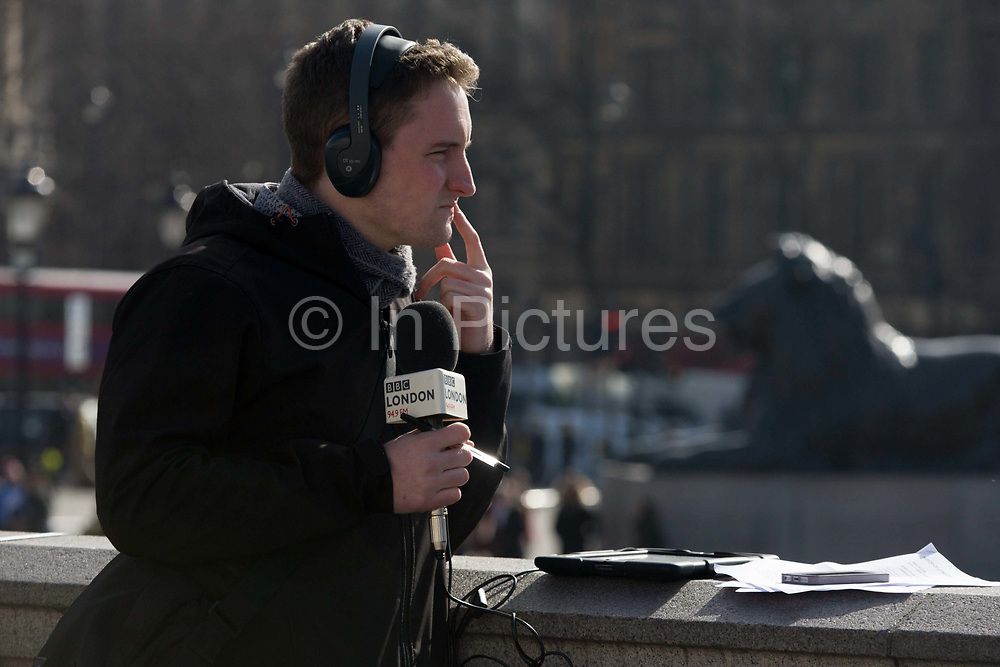