Young Orthodox Jewish boys in fancy dress collecting for their school (Yeshiva) wait in anticipation of the amount they will receive during a visit to the house of Mr Glick, a well off man of the area. Purim is one of the most entertaining Jewish holidays. It commemorates the time when the Jewish people living in Persia were saved from extermination from a massacre by Haman. Due to the courage of a young Jewish woman called Esther. It is customary to hold carnival-like celebrations on Purim, and for groups of men to go round on the back of lorries and in open top buses visiting local wealthy men, collecting for their charity. It is stated that the men should drink so much alcohol that they don’t know the difference between right and wrong. 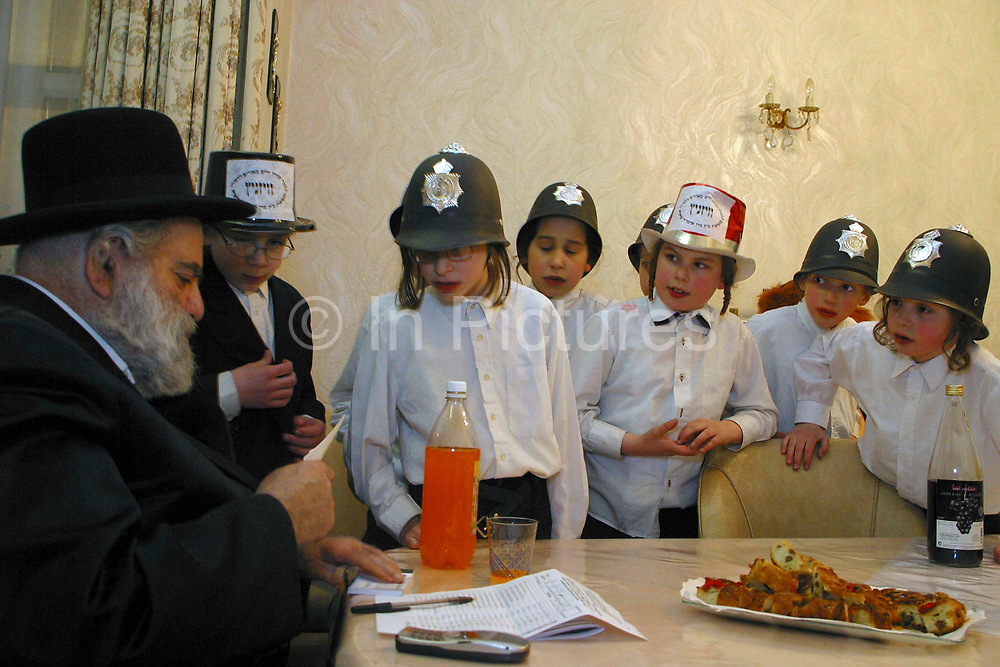