Menu specification of a Business Class in-flight airline salmon meal are compared next to finished dishes in the world's largest independent provider of airline catering and provisioning services, Gate Gourmet, reaches out to add the last items in the company's factory on the southern perimeter road at Heathrow Airport, West London. Gate Gourmet serve more than 200 million meals on 2 million airline flights a year to their 250-plus airline customers at more than 100 airport locations around the globe. Apart from creating the bespoke meals for an airline's culture and ethnic demands, that pack the pre-flight carts, deliver and load into the aircraft galleys and afterwards, they dispose of the waste and strip, wash and sterilize the equipment. From writer Alain de Botton's book project "A Week at the Airport: A Heathrow Diary" (2009). . 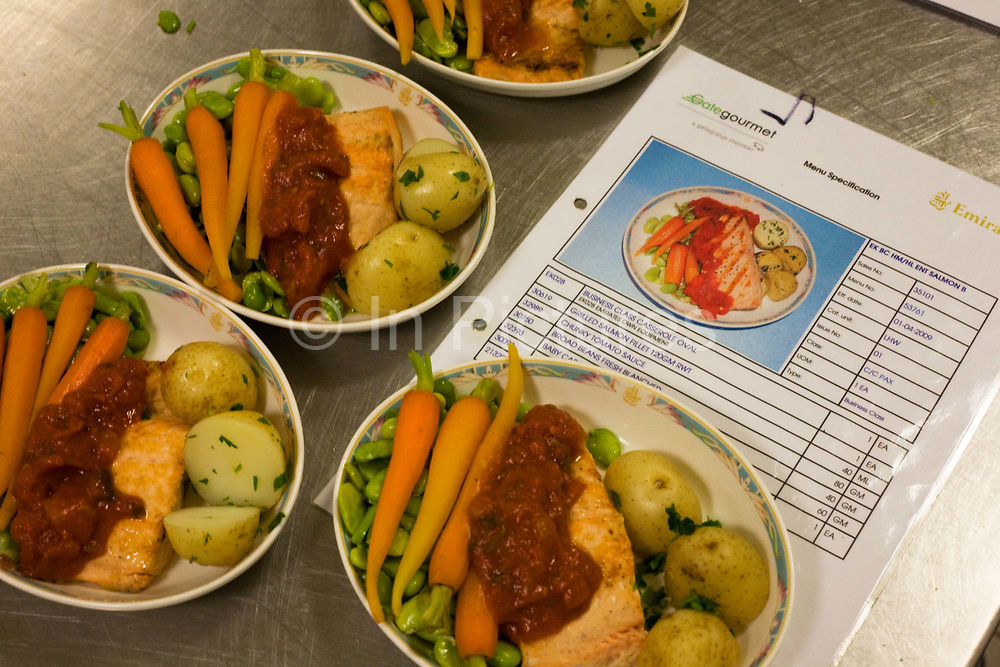