Modern Tyrolean house architecture in Leonhard-St Leonardo, a Dolomites village in the Badia region of south Tyrol, Italy. Wooden panelling and slats have been retained as the traditional style of the area has seen over centuries. Life expectancy for south Tyroleans is 85 for females and 80 for males, higher than Italian national averages. According to the 2011 census, there are 505,000 inhabitants in south Tyrol, the same as Dublin, Copenhagen and Dresden. In the 2011 census, 91.3% of the population speak German, 7.9% Italian and 0.8% spoke the ancient Ladin langauge as their mother tongue. San Leonardo is in the municipality of Badia populated mostly by people who speak the ancient Ladin language. 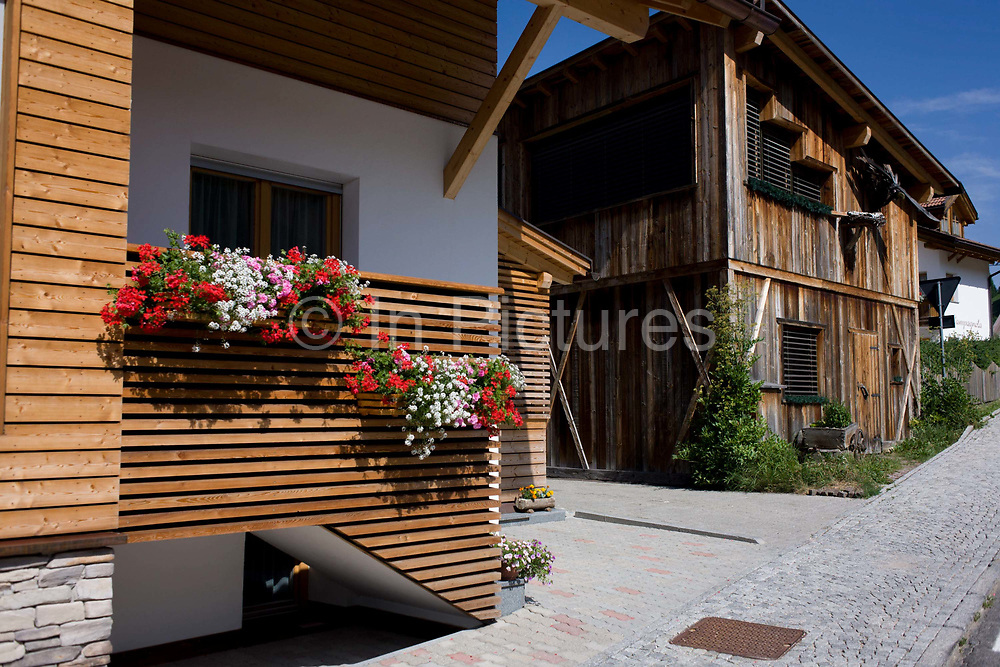