Wearing braces, striped shirt and sitting on a block, a young lawyer studies a legal book during a mid-morning break in the Inner Temple in the historic City of London. The Honourable Society of the Inner Temple is one of the four Inns of Court around the Royal Courts of Justice which may call members to the Bar and so entitle them to practise as barristers. The Temple was occupied in the twelfth century by the Knights Templar, who gave the area its name but was heavily bombed during the Blitz of 1940-1 and the reclining marble memorial to predecessor, John Hiccocks who held the office of Master in Chancery between 1702 and 1723 (d 1726) behind the young law student is marked by the partially-demolished Goldsmiths Chambers on the north side of Temple Church where Hiccocks is buried. An assortment of potted red plants add to an otherwise dark courtyard 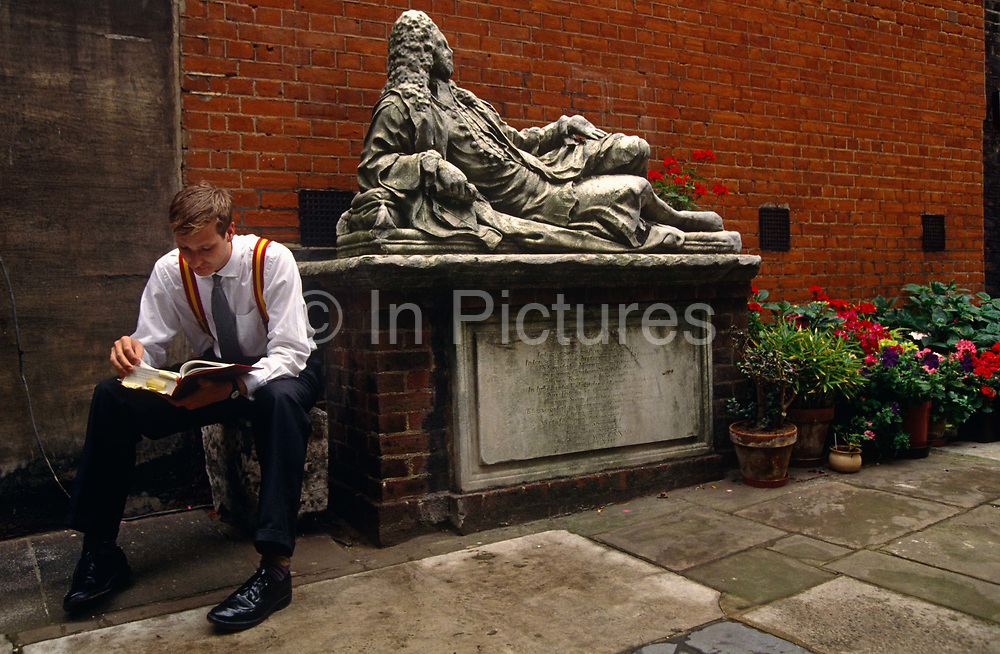