Seen from a hillside opposite, with the clear blue backdrop of the snow-covered Himalayan mountain peaks, a Nepalese family crouch on the hilltop to rest during a family walk from their community village near Gorkha, Central Nepal. In the middle of the picture, a young girl twirls and dances across the clearing as her parents and siblings watch, drawfed by the powerfully- dominant range of natural features that form part of the highest altitudes on earth although Gorkha is only 3281 feet (about 1000 meters) above sea level. These peoples' homes cling to the sides of impressive mountains that draw tens of thousands of travellers to this region to trek the paths and conservation sanctuaries of this fast-developing Buddhist and Hindu Kingdom. 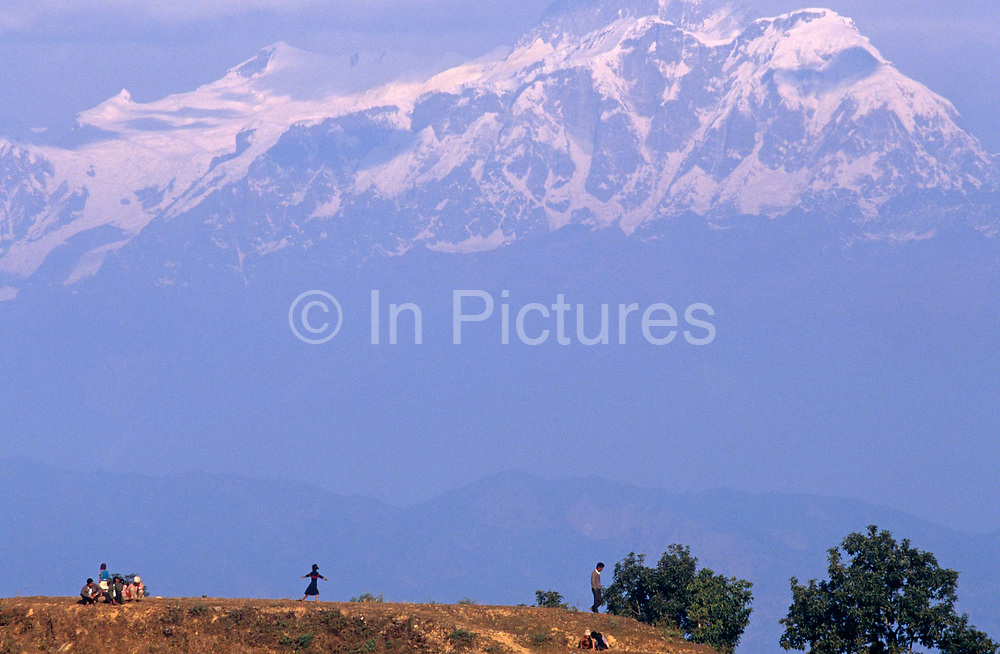