Two pairs of Amy Winehouse's actual shoes brought down by a friend of hers at a memorial opposite the home of Amy Winehouse, Camden Square, North London. Fearing they would be taken the friend then romoved the shoes and gave one pair to a distressed fan. It was announced that the tragic singer had died on 23rd July 2011. The music world has been paying tribute to singer Amy Winehouse, 27, who was found dead at her London home following years of drug and alcohol abuse largely attributed to her troubled character and fame. 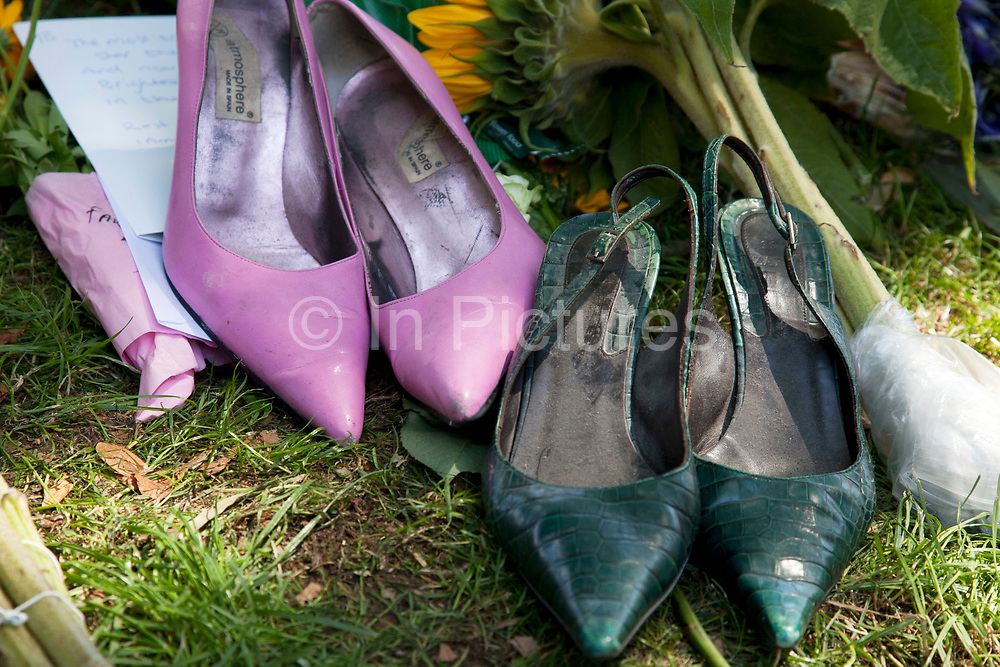