Rolls Royce on the streets of Tirana belonging to Hajdin Sejdija, a Kosovar from Switzerland, who began a series of investment projects through the Swiss-Albanian Illyrian Bank. The culmination was a proposals for a Sheraton hotel in central Tirana which collapsed after building just the foundations. The enormous hole which quickly filled with weeds & rubbish became known as Sejdija's hole. Unbeknown to the Albanian authorities, Sejdija was wanted for fraud in the UK and subsequently arrested in Switzerland. 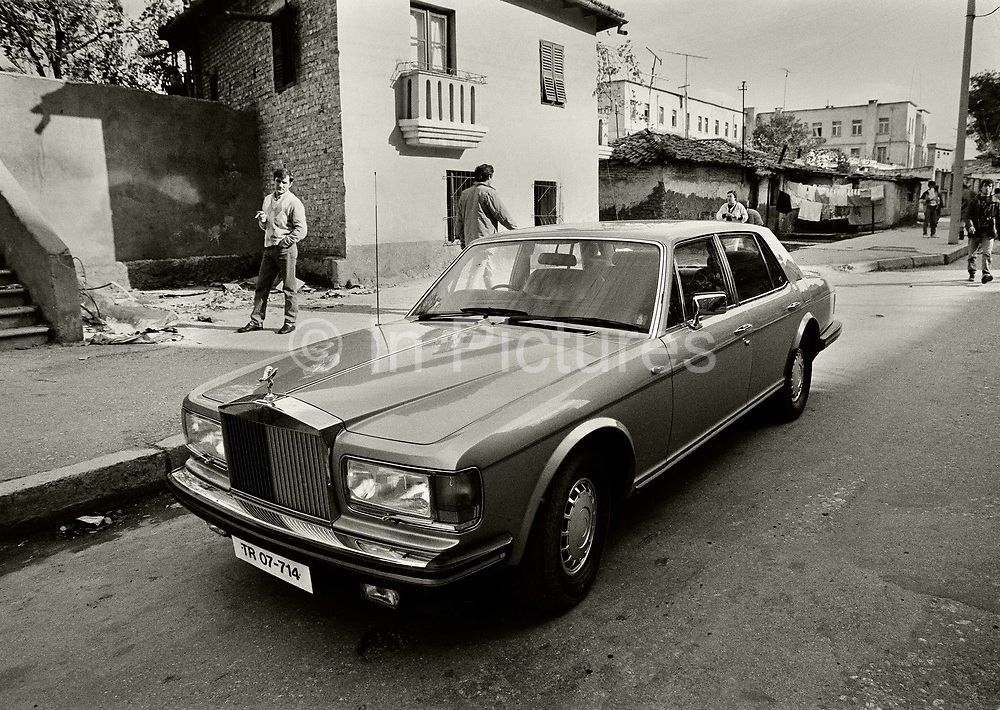