Marie Yolene, Bois De Fer, age 44, and daughter Marie Geralda Auguste, 17, in a camp opposite the Palace, Cham de Mars. Marie's son Emanuel was trapped for 12 days before he was eventually rescued ( the New York Times did a feature on him). The daughter recounts: "I was sitting down at the house when it started to rock then blocks and wood started falling, Romario broke his leg, Mum grabbed us all and we got out all except my oldest brother Emanual. He was trapped. We weren't sure if he was alive or dead but we kept looking for him. Then my mother and Emanuel heard each other. He called out, 'Mamma I'm alive,' Mum told everybody she could find that he was alive, journalists, aid workers rescue workers, After 11 days rescuers ( an Israeli SAR) pulled him out, my mother collapsed from joy." 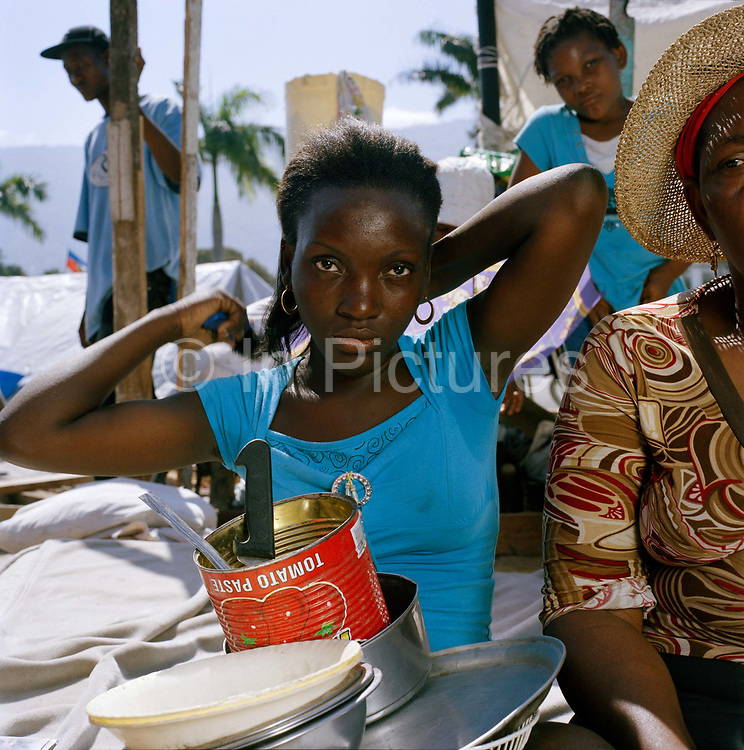