The Portuguese parliament in session from inside the Palacio de Sao Bento in Estrela District, Lisbon. A wide interior view of this semi-circular columned chamber housing the decision makers for the Portuguese people. The Palácio de São Bento ("Saint Benedict's Palace", is the home of the Assembly of the Republic, the Portuguese parliament. It is located in Lisbon. Close to Bairro Alto, the Palace of São Bento was formerly known as the seat of the National Assembly (Assembleia Nacional) during the Estado Novo regime. Nearby is the official residence of Portugal’s Prime Minister. 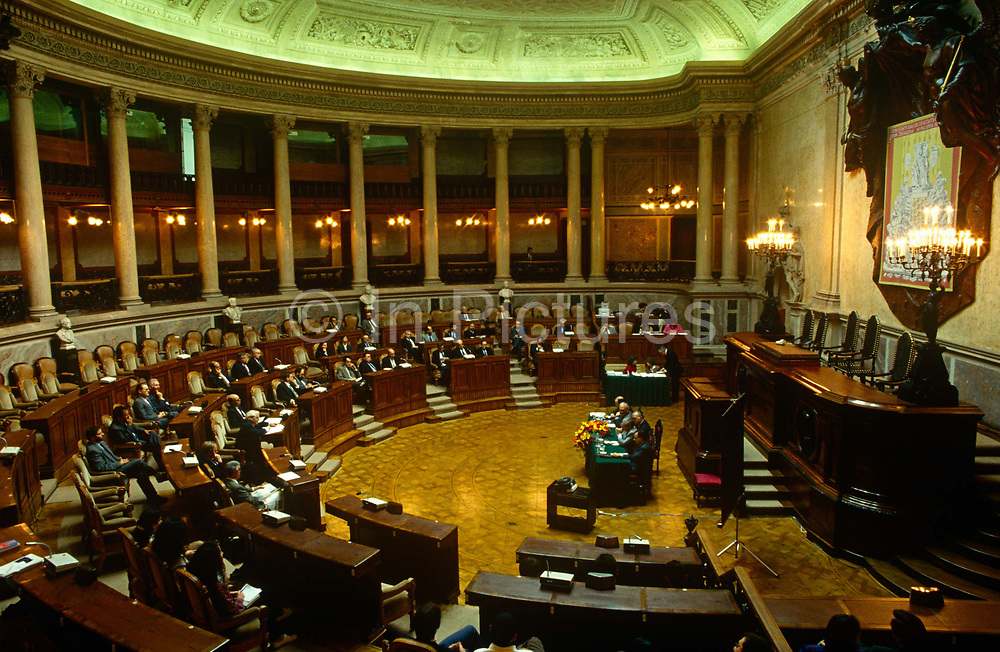