The names of battles in nothern France, scenes of slaughter and sacrifice for young men of the First World War, seen on a memorial at Wincheters College, England where many old boys schooled here and who went on to become leaders and officers in the trenches. The lost generation of British youth is displayed on such memorials across the country, killed at Arras, Bapaume and Vimy - and especially on the Somme during the conflict called 'the war to end all wars'. World War I (WWI) was a global war centred in Europe that began on 28 July 1914 and lasted until 11 November 1918. Ultimately, more than 70 million military personnel, including 60 million Europeans, were mobilised in one of the largest wars in history. More than 9 million combatants were killed. 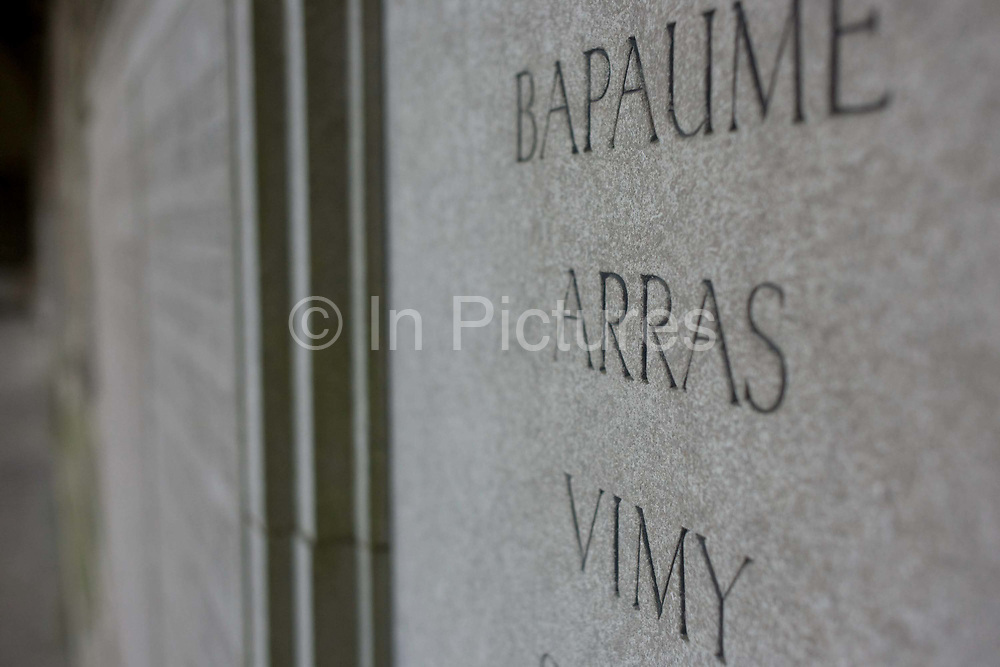