Hidden beneath the cover is a bronze statue, by the sculptor Philip Jackson of Mahatma Gandhi, an Indian lawyer, anti-colonial nationalist, who employed nonviolent resistance to lead the successful campaign for Indias independence from British Rule on 15th June 2020 in Londons Parliament Square, United Kingdom. On its unveiling, commentators noted the irony of the statues placement near the statue of Sir Winston Churchill that also stands in Parliament Square. Churchill, who strongly opposed Indian independence, famously once called Gandhi a seditious Middle Temple lawyer, now posing as a fakir of a type well known in the East, striding half-naked up the steps of the Vice-regal palace. The Telegraph of Kolkata noted that the fact that Gandhi and Mandela now stand alongside a slew of white men in Parliament Square is proof of how much England itself has moved away from Winston Churchills views on racism and imperialism. The statue was boarded up to protect it from attacks by far-right extremists. 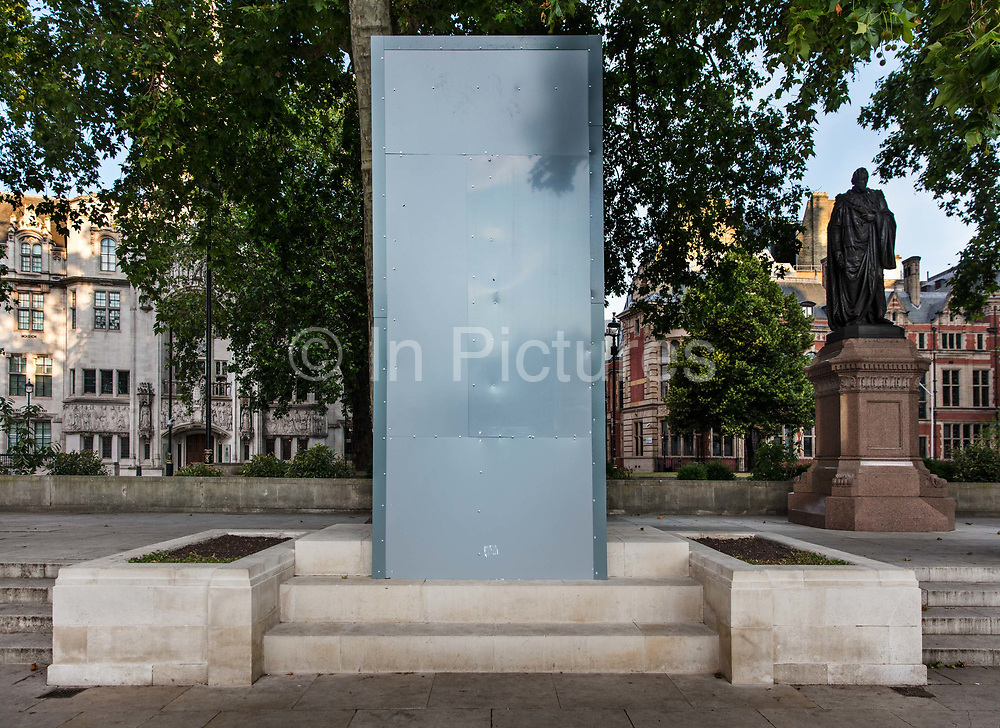