Outside the offices of The Sun newspaper on Pennington Street, London, England, UK. This is home to News International who have been embroiled at the centre of the phone hacking scandal and to all of the newpapers in the UK owned by Rupert Murdoch. British police arrested five senior members of staff at News Corporation's newspaper The Sun, as part of investigations into alleged payments to police by journalists for information. This story continues the controversy surrounding News International with regards to the phone hacking scandal. Trevor Kavanagh, the newspapers's associate editor said the senior members of staff had been treated like "an organised gang" and the tabloid was "not a swamp that needed draining". He said money sometimes changed hands while unearthing stories, and this had always been standard practice. The Met Police declined to comment. 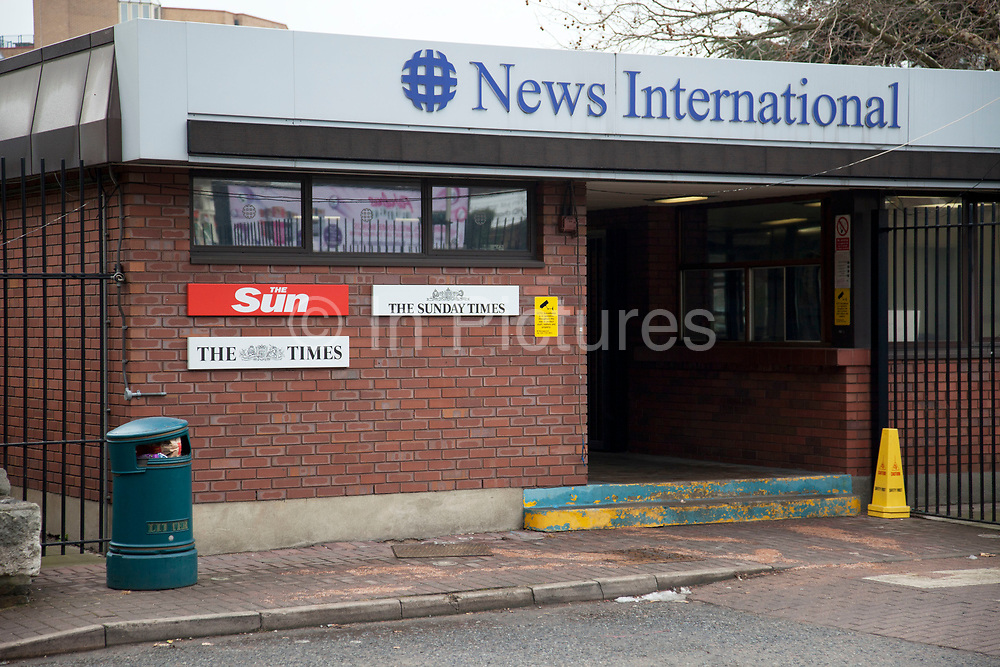