This Barbie doll made in the mid 1950's 'Barbie was not originally a wholesome all-American girl. She was a sexy German woman who wore lacy underwear and stilettos. She was based on a newspaper comic strip character called Bild Lilli who proved so popular she was made into a doll. American creator Ruth Handlersaw the doll while on holiday in Europe during the mid-Fifties and decided to adapt it.'
Victoria owns an original Bild Lilli doll. They were not designed for children, but were a favourite of lorry drivers who hung them above their dashboards. 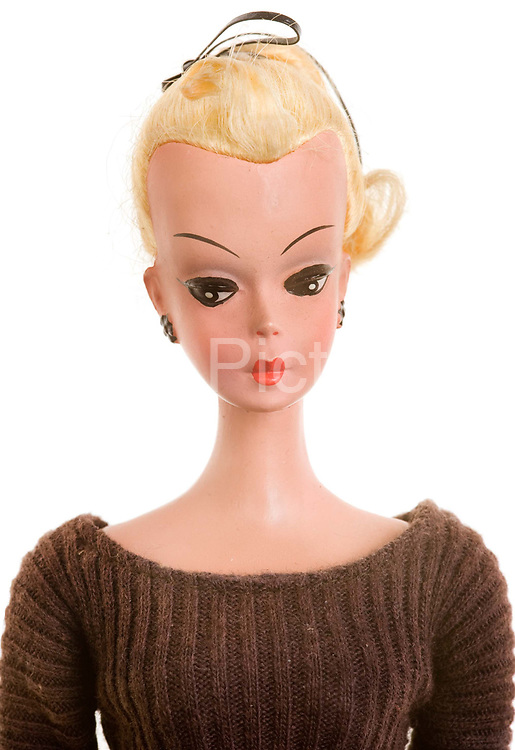