An ancient Egyptian relief showing Pharaoh Thutmosis III slaying Canaanite captives from the Battle of Megiddo, 15th Century BC. seen at Karnak, Luxor, Nile Valley, Egypt. The Battle of Megiddo is the first battle to have been recorded in what is accepted as relatively reliable detail. Megiddo is also the first recorded use of the composite bow and the first body count. All details of the battle come from Egyptian sources—primarily the hieroglyphic writings on the Hall of Annals in the Temple of Amun-Re at Karnak, Thebes by the military scribe Tjaneni. 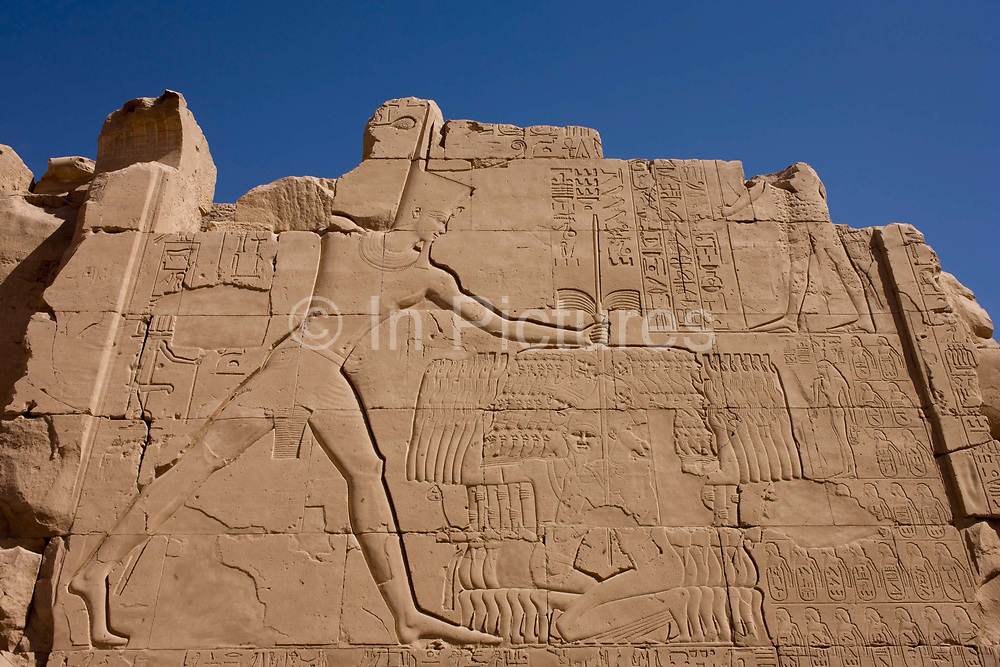