A lone figure stands silhouetted against a hangar belonging to the elite 'Red Arrows', Britain's prestigious Royal Air Force aerobatic team at RAF Scampton, Lincolnshire. Two huge hangar doors are ajar revealing an orange glow spilling on to the concrete outside. A Hawk jet aircraft is parked awaiting overnight maintenance. Engineers talk inside as the door travels along its track. The men are the team's support ground crew and eleven trades are imported from some sixty that the RAF qualifies. The hangar dates to World War 2, housing Lancaster bombers of 617 Dambusters squadron who attacked the damns of the German Ruhr valley on 16th May 1943 using the Bouncing Bomb. This version of BAE Systems Hawks are low-tech, without computers nor fly-by-wire technology, Some of the team's aircraft are 25 years old and their airframes require frequent overhauls due. 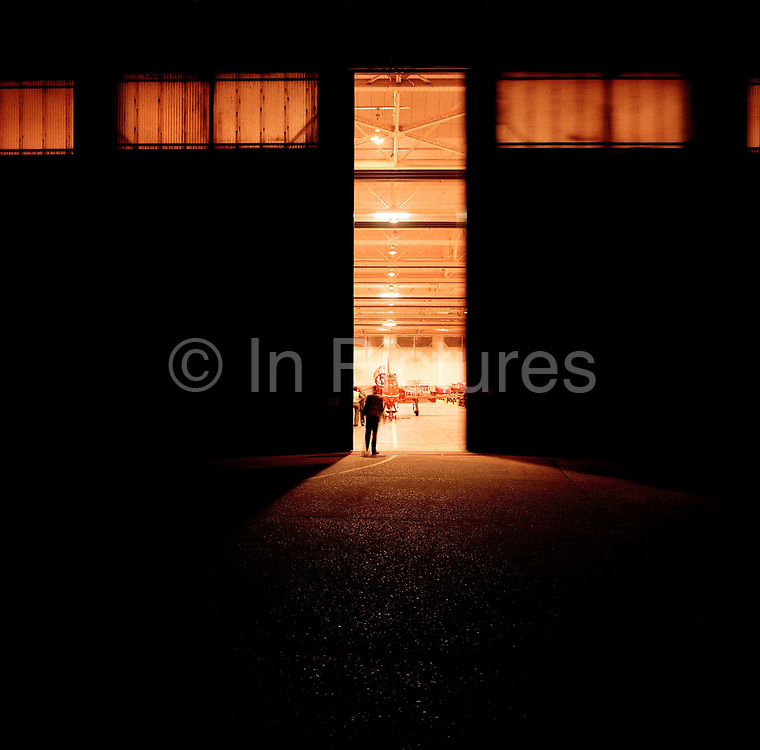