An English Electric Lightning supersonic jet fighter aircraft of the Cold War era sits in an industrial wasteland on the side of the A1 motorway in England. Parked in a take-off attitude, the wreck is now covered with graffiti though once the forefront of Britain's nuclear deterrent. The Lightning was noted for its great speed, the only all-British Mach 2 fighter aircraft and was the first aircraft in the world capable of supercruise. The Lightning was renowned for its capabilities as an interceptor; pilots commonly described it as "being saddled to a skyrocket" 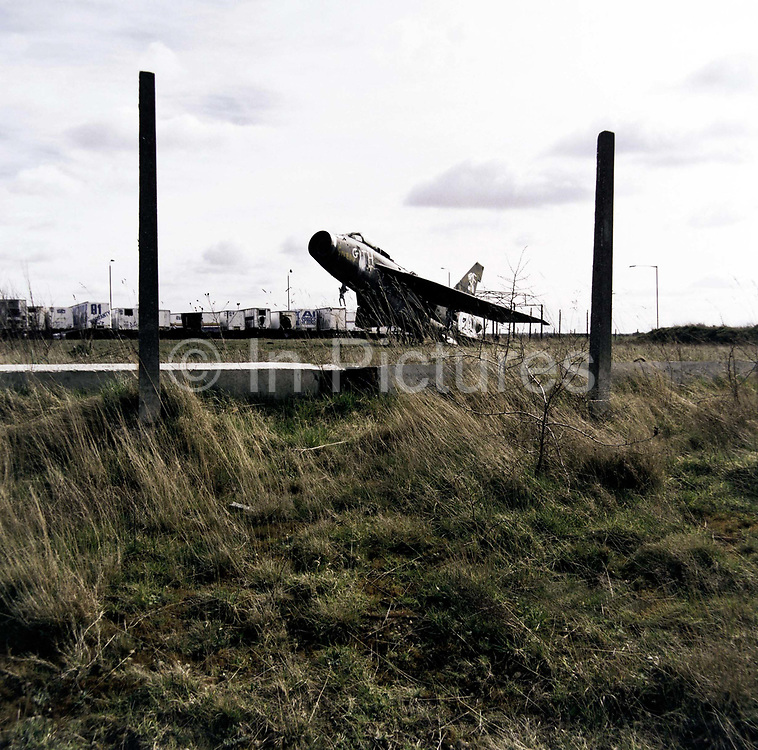