A labourer reads a copy of Britain's tabloid Sun Newspaper. The worker holds a coffee and wears a working mans' cap with a pencil in his right ear as he sits in sunshine during a lunch break. Page Three (or Page 3) is a tabloid newspaper photograph consisting of a topless female glamour model, usually printed on the paper's third page. Women who model regularly for the feature are known as Page Three girls. "Page Three" and "Page 3" are registered trademarks of the Sun tabloid, where the feature originated in 1970. In the context of the News International media scandals of 2011, the (daily) Sun is a sister paper to the now defunct (Sunday) News of The World, closed down by proprietor Rupert Murdoch in the light of public outrage over phone hacking. 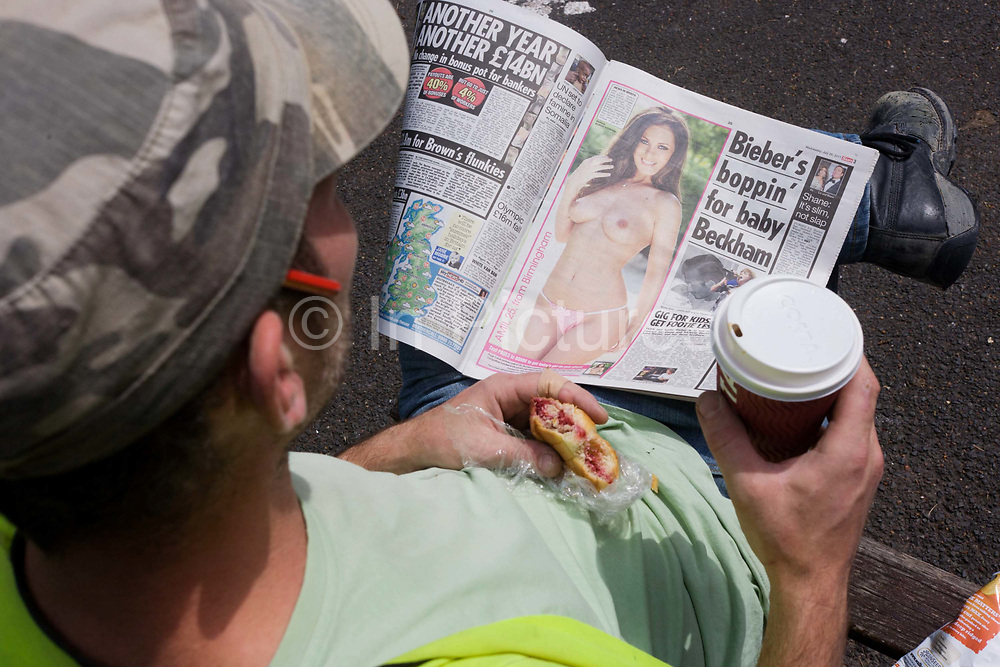