A portrait of a tattooed Kayan man, sitting cross-legged in his traditional longhouse, located on the Metah River, 14th March 1982, in Sarawak, East Malayasia Borneo. The population of the Kayan ethnic group may be around 27,000. They are part of a larger grouping of people, settled mainly along the middle reaches of the Baram, Bintulu, and Rajang rivers in Sarawak, Malaysia and referred collectively as the Orang Ulu, or upriver people. Like some other Dayak people, they are known for being fierce warriors, former headhunters, adept in Upland rice cultivation, and having extensive tattoos and stretched earlobes amongst both sexes. 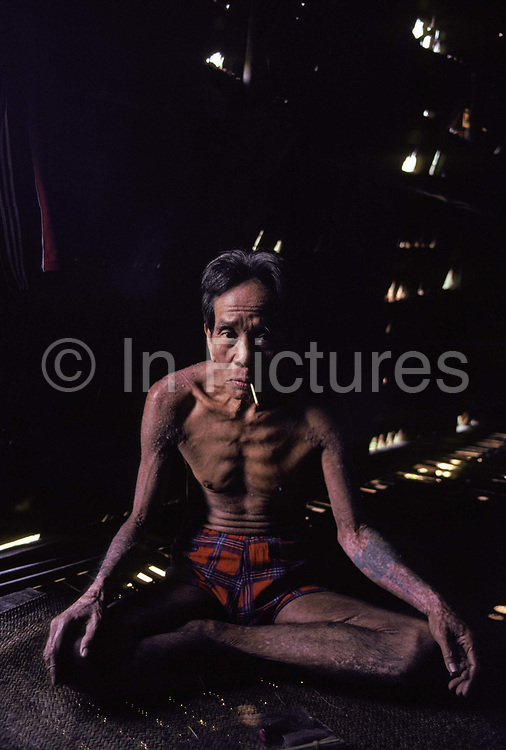