A morning religious lesson held for local Christian children at St Tawdros (St Theodore's) Coptic Orthodox Christian Monastery, Luxor, Nile Valley, Egypt. The Copts are an ethno-religious group in North Africa and the Middle East, mainly in the area of modern Egypt, where they are the largest Christian denomination. Christianity was the religion of the vast majority of Egyptians from 400–800 A.D. and the majority after the Muslim conquest until the mid-10th century. Today, there are an extimated 9-15m Copts in Egypt. 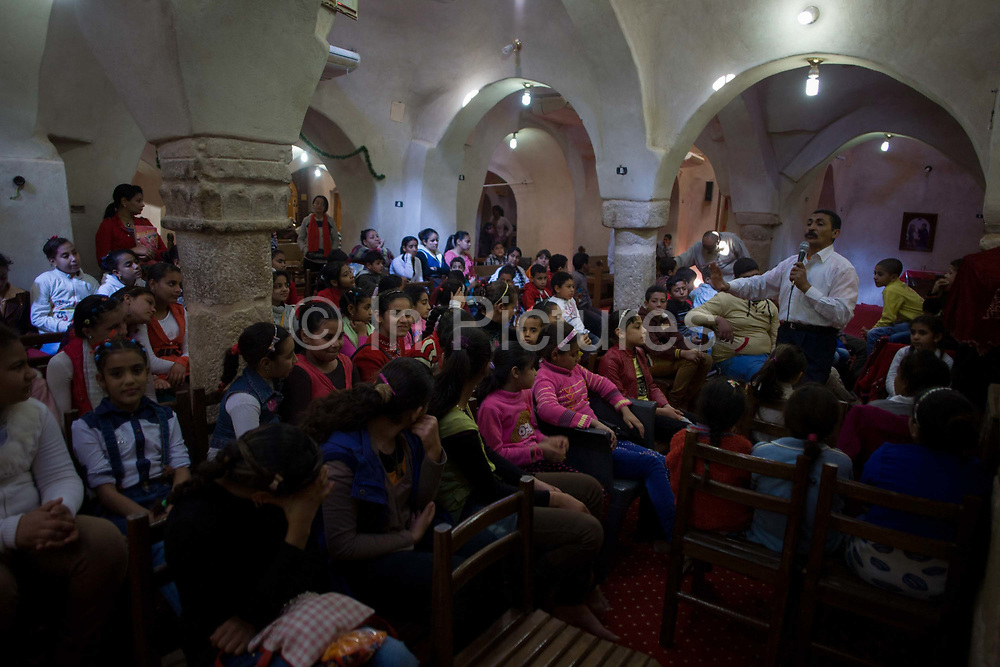