Behind railings that honoured American aviator Wilbur Wright at the annual Le Mans air show, France, seven spectators gaze upwards to a clear sky where a lone but unseen aircraft performs in front of the French crowd. Wright made 110 flights at Le Mans and nearby Auvours in 1908 and his legacy for French and global aerospace lives on at events like this where a replica of his Wright Flyer was also exhibited. It is a bright summer's day and the blue sky has vapour trails left by a previous display pilot's jet engine. A prominent British Union Jack flutters on a pole and the words 'invites' (for invited guests only) are printed on to sheets of paper. Picture from the 'Plane Pictures' project, a celebration of aviation aesthetics and flying culture, 100 years after the Wright brothers first 12 seconds/120 feet powered flight at Kitty Hawk,1903. 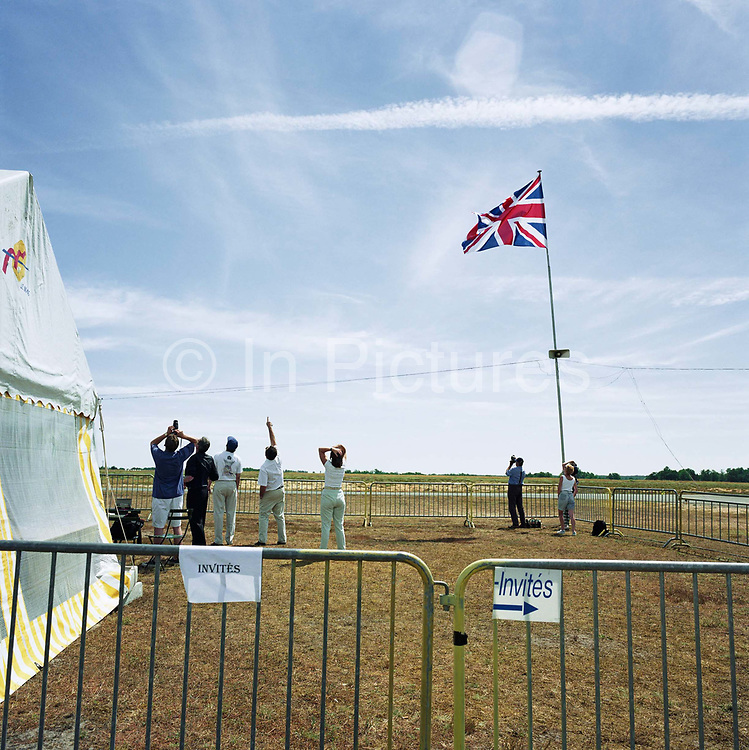