We see three friends close-up enjoying a festive party at Hamiltons pub in the City of London only a week before Christmas. It is a busy evening in the public house which is located near Liverpool Street mainline Station and they are in a humerous spirit just having fired off party streamers that have stuck to their clothes and faces. Two are wearing red and white santa claus hats but are stil in their work clothes. One is about to drink some of his pint of beer from a long, straight glass. The three look comical because of the streamers draped over their bodies and they are laughing and giggling at a joke that one has cracked. In the background a man is looking quizzically at the decorations. The City of London has a resident population of under 10,000 but a daily working population of 311,000. The City of London is a geographically-small City within Greater London, England. The City as it is known, is the historic core of London from which, along with Westminster, the modern conurbation grew. The City's boundaries have remained constant since the Middle Ages but it is now only a tiny part of Greater London. The City of London is a major financial centre, often referred to as just the City or as the Square Mile, as it is approximately one square mile (2.6 km) in area. London Bridge's history stretches back to the first crossing over Roman Londinium, close to this site and subsequent wooden and stone bridges have helped modern London become a financial success. 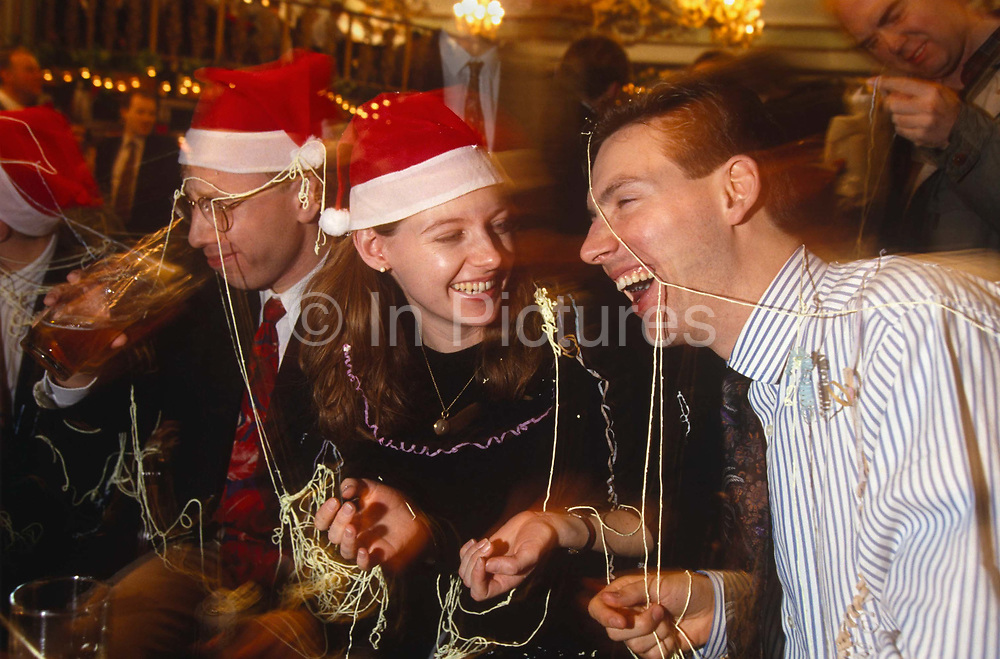