A monument to comemorate the millions of people who died during the Khmer Rouge regime in the seventies. The monument is full of skulls of victims killed in the Killing Fields 15 miles outside Phnom Penh. The site was where prisoners were taken from Camp S21, a interrogation camp set up in a college in Phnom Penh to be killed. The victims were men, women and children, including babies. Millions perished unde the Khmer Rouge regime run by Pol Pot in the seventies. 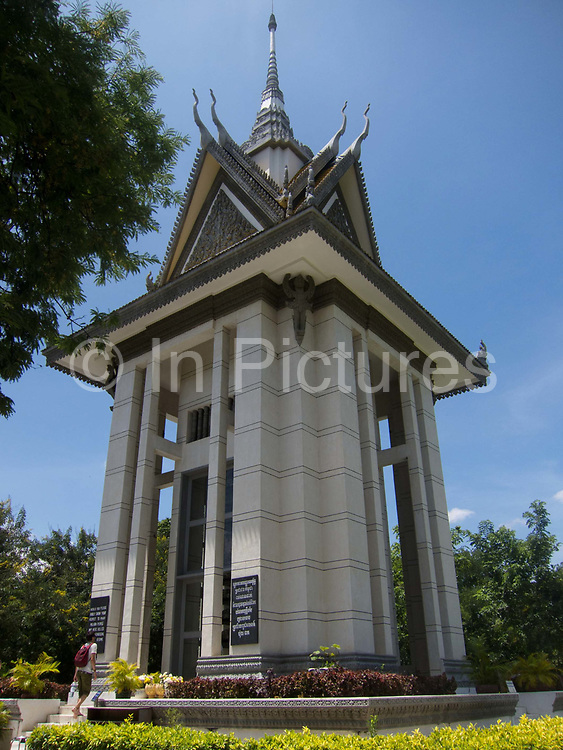