Released hostage Terry Waite waves as he steps out of an RAF aircraft, 5 years after being taken hostage by Jihadists in Lebanon, on 19th November 1991, in Lyneham, England. Terry Waite CBE born 1939 is an English humanitarian and author who was then Assistant for Anglican Communion Affairs for the then Archbishop of Canterbury, Robert Runcie, in the 1980s. As an envoy for the Church of England, he travelled to Lebanon to try to secure the release of four hostages, including the journalist John McCarthy. He was himself kidnapped and held captive from 1987 to 1991. 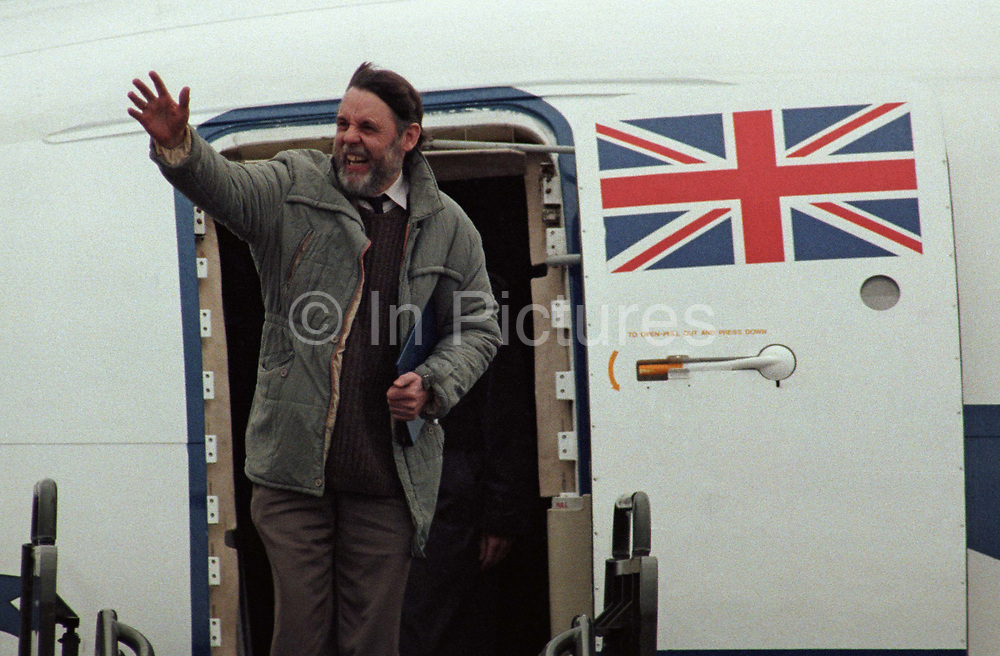