Accompanied by a City of London police officer, members of a Druid sect walk through the street as part of their Spring Equinox celebrations. The Ancient Druids were once Judges, Kingmakers, Scientists, Magicians and Priests and their modern counterparts may be viewed likewise. The word itself comes through both Brythonic tongues (Cornish and Welsh) meaning either knowledge of the oak or wizard - or wise man in Gaelic (Irish and Scots.) Druidry itself is both a philosophical viewpoint and a religious world view, although many Druids view themselves also as Pagan Priests. A druid was a member of the priestly class in Gaul and possibly other parts of Celtic western Europe during the Iron Age. Following the invasion of Gaul by the Roman Empire, the druids were suppressed by the Roman government. 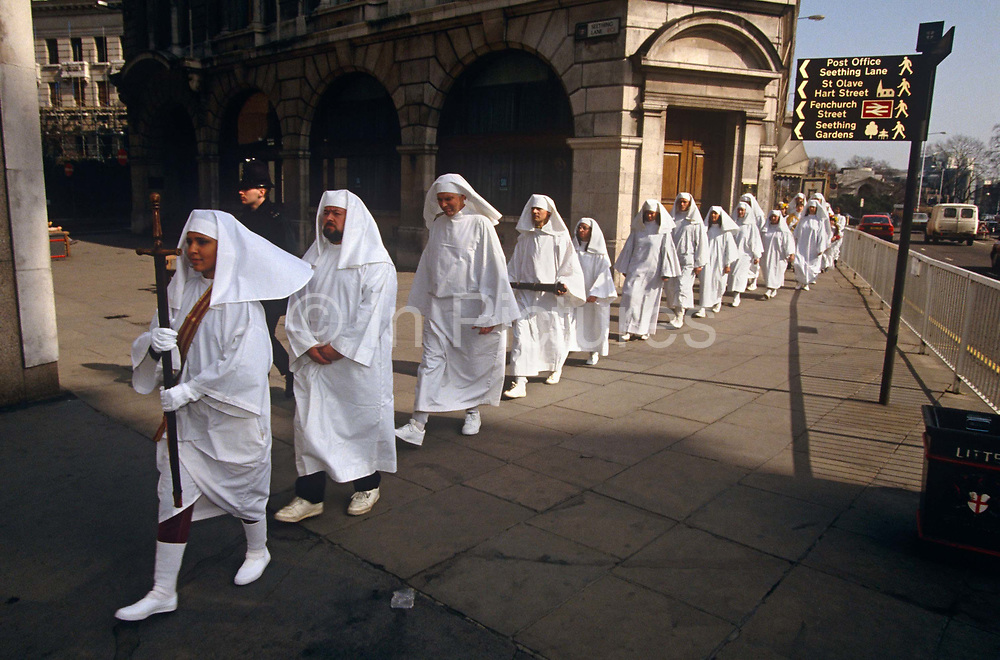