Severley disabled man sleeping beside his wheelchair on the streets against a graffitied wall. Disadvantaged people on the streets in the area of Omonia. Just moments after these pictures were taken, a junkie came up and stole a 1 Euro coin from the sleeping mans hand. A clear sign of the desperation on the streets here. In this area the amount of ill, disabled, badly injured, or sick people either begging or sleeping on the streets is staggering. The area has been taken over by drug dealers, homeless people, and prostitution. Athens is the capital and largest city of Greece. It dominates the Attica periphery and is one of the world's oldest cities, as its recorded history spans around 3,400 years. Classical Athens was a powerful city-state. A centre for the arts, learning and philosophy. 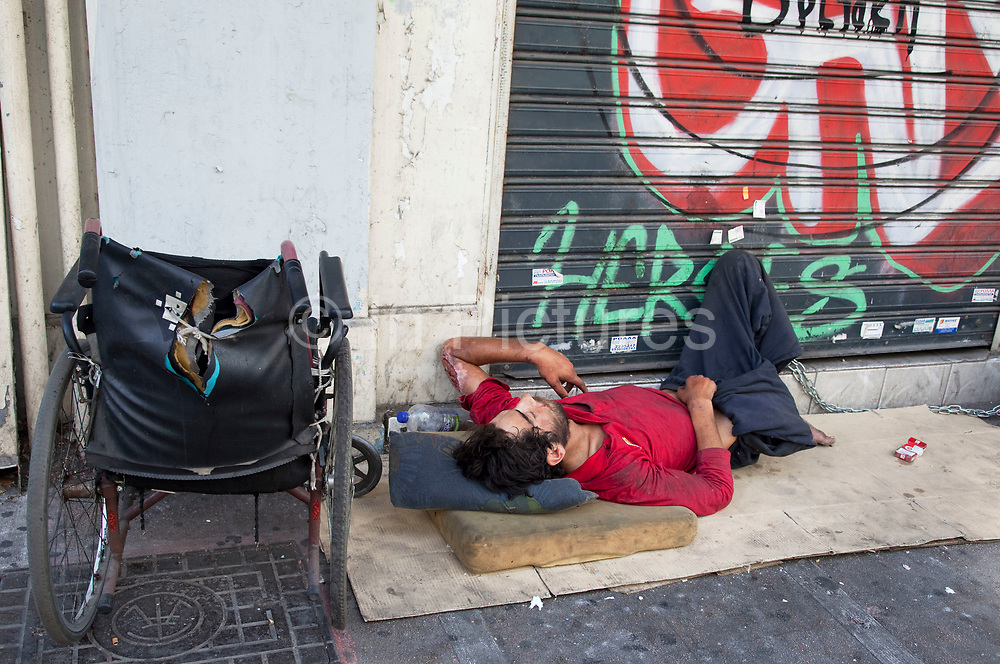