Ruins of the 58 metre Hard Rock Hotel which collapsed during construction and remained untouched for months on 11th March 2020 in New Orleans, Louisiana, United States. On October 12, 2019, the under-construction building partially collapsed, killing three workers and injuring dozens of others. As of 2020, the building site remains in its partially collapsed state, including with the bodies of two deceased workers. Government officials are debating the projects future and potential culpability of various people and organizations involved. 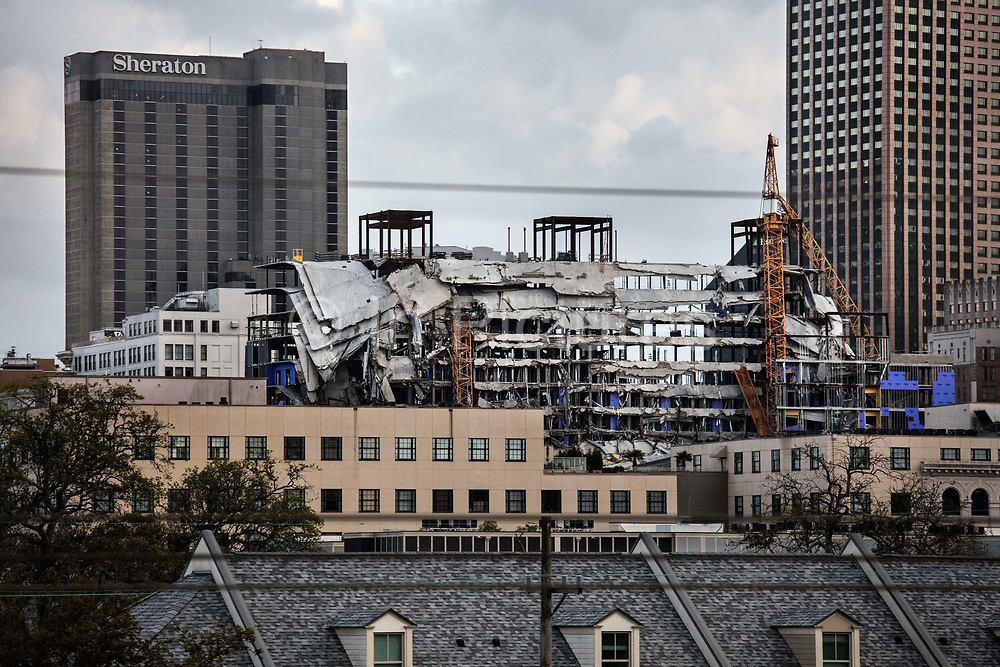