An elderly Hungarian woman pauses to count her Forints and Fillér change, the national currency. She stands at the top of stairs near a well-lit window in the market which the largest indoor market in the Hungarian capital and is where this lady and many other market traders converge on every weekday morning to sell their own produce. The flower and herb woman has a lined face suggesting she has had a hard life under a Communist regime. She still wears a traditional Hungarian covered head favoured by older people in rural communities but is now dying out as headwear for a younger generation. The forint is the only currency once used by a socialist European state that is still in circulation. As a member of the European Union, the long term aim of the Hungarian government is to replace the forint with the euro. 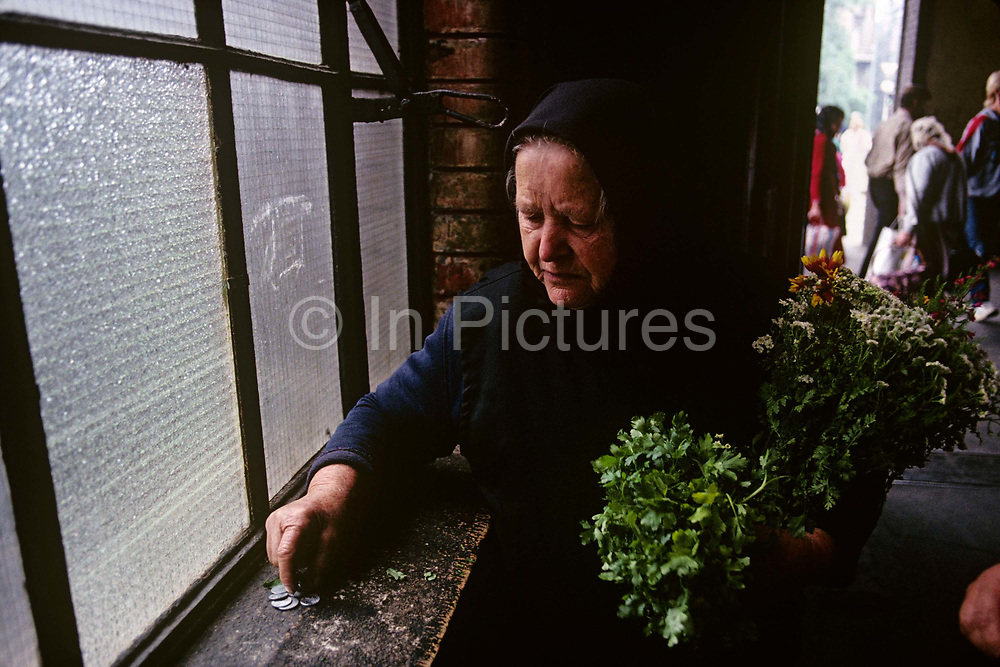