Someone’s pet spaniel is enjoying the smell of another dog’s faeces that has been deposited on the pavement at Newbiggin-by-the-sea in Northumberland, northern England. Using its wet nose to test its acute sense of smell, the spaniel shows great curiosity in another animals crap that has been left by the other animal’s owner, rather than be collected and placed in a dog poo receptacle. The irony is that there is graffiti on the sea wall of this seaside town. The mis-spelled words ‘England For Ever’ have been sprayed in aerosol on the wall and we see someone’s idea of a utopian England and another’s lowered standards where the fouling of a public pavement is seen as acceptable. 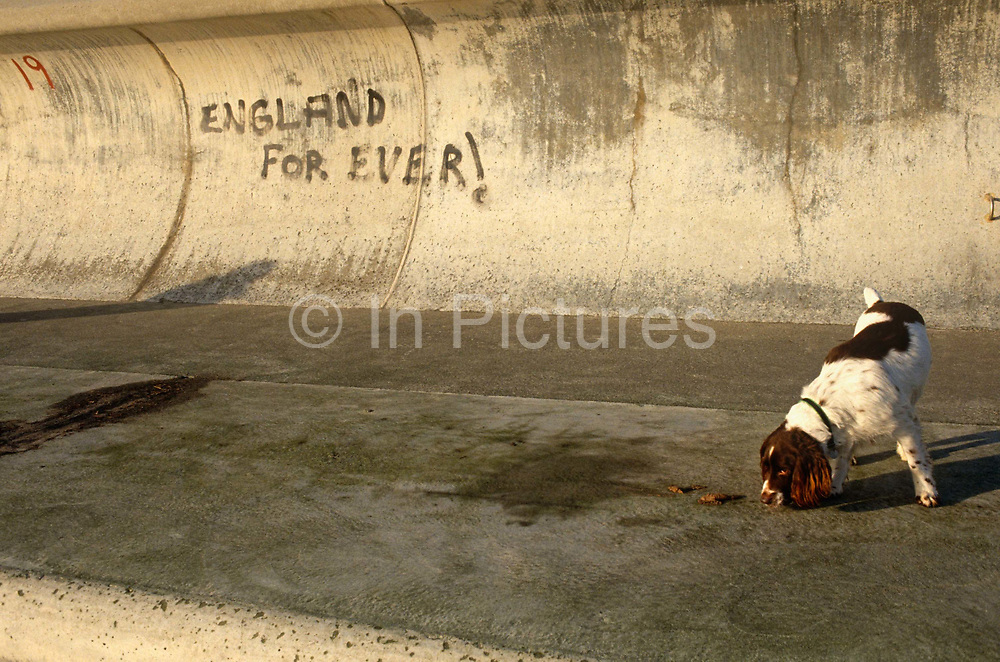