A female guard wears the Ruritanian-style uniform outside Prague Castle, at Hradcany-Prazsky Hrad Prague Castle, on 18th March, 2018, in Prague, the Czech Republic. Ater the Velvet Revolution in 1990 when the communist regime ended, Václav Havel, the first President of the Czech Republic wanted his guards’s uniforms to be different from the khaki ones the communists wore and the basic ones found in neighboring countries. Havel chose Theodor Pistek, the Czech born artist and costume designer who won an Academy Award for Best Costume Design for the 1984 film Amadeus. 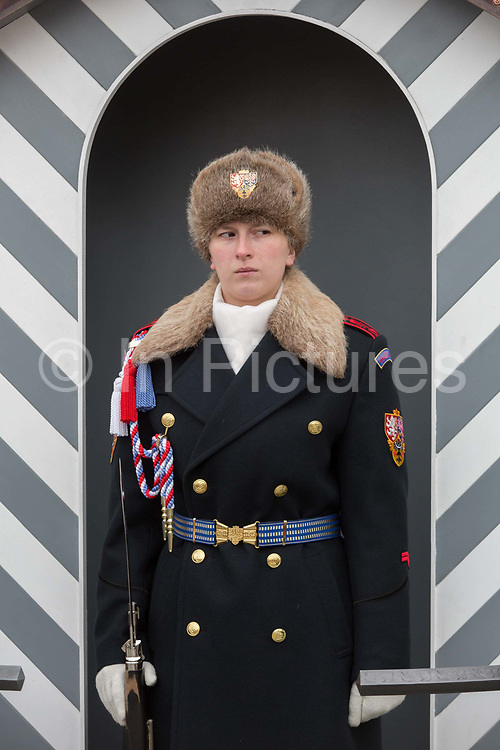