Members of the public run away from the area as the City of London is locked down by Metropolitan and City Police following what is believed to have been a terror-related incident on London Bridge at around 2pm on 29th November 2019 in London, United Kingdom. Police officers cordoned off the bridge, underpass and all surrounding roads following the incident during which members of the public intervened before shots were fired by armed police. The incident is said to have started as a stabbing during which a number of people were stabbed in a building near London Bridge. 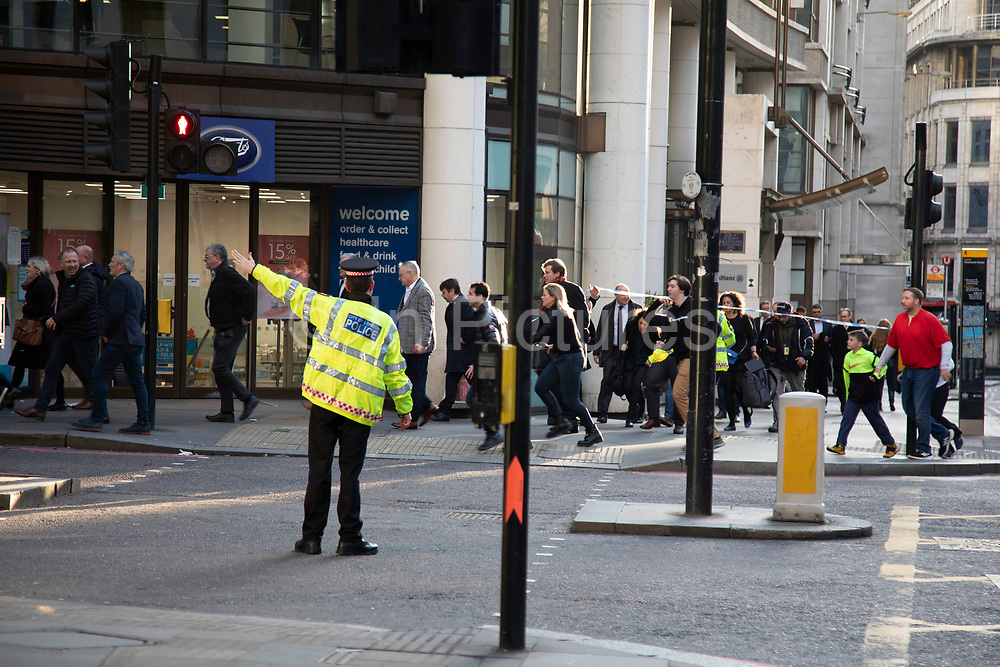