A cafe parasol featuring the Ibex for Slovenian Lasko beer, a Slovenian favourite drink, on 20th June 2018, Dolenji Novaki, Slovenia. Lasko Brewery is the largest brewery in Slovenia and named after the town of Lasko, where it is located. The brewery was founded in 1825 by Franz Geyer, a gingerbread baker and mead producer. After World War II ended in 1945, Lasko was the fifth-largest in Yugoslavia, and by 1991 it was the largest among 28 Yugoslav breweries. It lost much of the Yugoslav market in 1991 after Slovenia declared independence and the resulting Ten-Day War, although sales rebounded during the 1990s. In 2016 Lasko and Union were formally merged into Pivovarna Lasko Union under the owner Heineken. 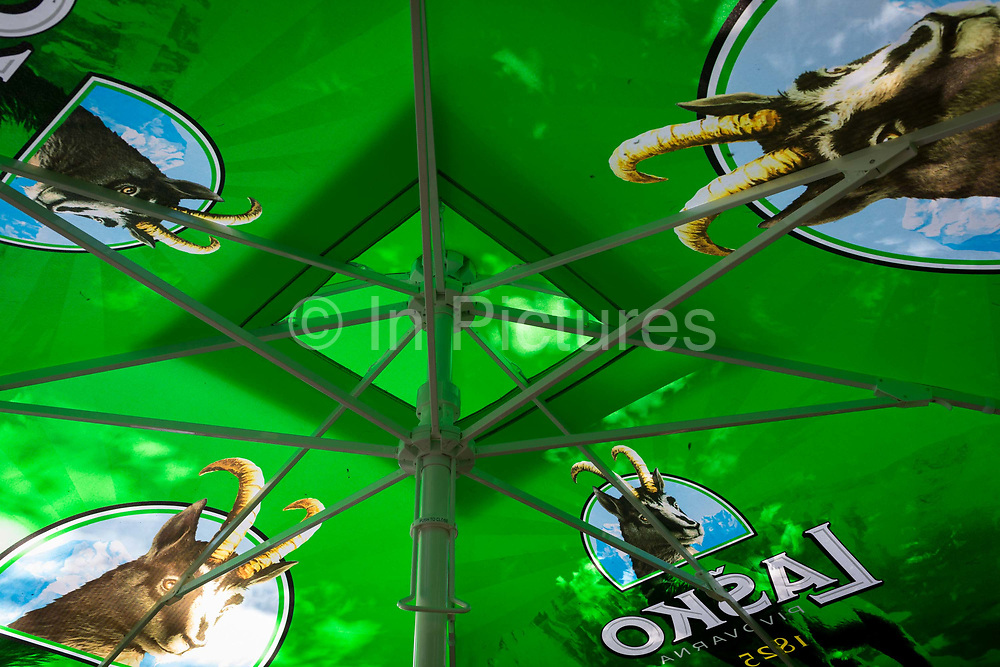