The Chuxi - Hakka- earth dwellings, Chuxi village, Fujian Province. Interior circular courtyard and living spaces with central water well, shared by residents and chickens and dogs alike. These are some of the most extraordinary multistory structures in China built exclusively out of earth and timber (they are known as tulou). From the outside they look and protect like fortresses, built principally by the ethnic minority group known as the Hakka. They where built principally in the 17th till the early 20th centuries. In all about 1000 remain standing today mostly centered around the mountainous regions of the provinces of Fujian, Jiangxi and Guandong. They where constructed in various shapes from circular, square, oblong,even rhomboid. The Chuxi earth dwellings where built sometime in the Qing Dynasty ( 1644-1912) and still remains well preserved and lived in by a hand full of residents. The single - story inner ring and three -story outer ring are divided into 15 apartments that surround a courtyard with a water well. Cooking and eating facilities are at ground level and all bedrooms and storage are spread over the upper floors. 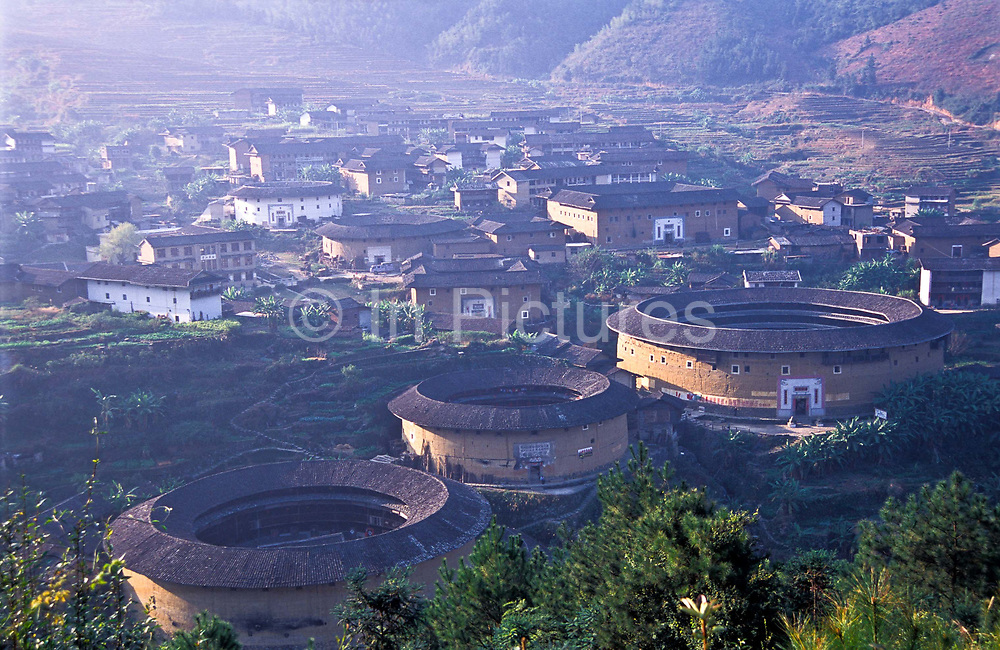