A utopian view of a London street sweeper brushing the street in front of a hoarding showing aspiration and consumerism of nearby Westfield City shopping complex, Stratford. Situated on the fringe of the 2012 Olympic park, Westfield hosted its first day to thousands of shoppers eager to see Europe's largest urban shopping centre. The £1.45bn complex houses more than 300 shops, 70 restaurants, a 14-screen cinema, three hotels, a bowling alley and the UK's largest casino. It will provide the main access to the Olympic park for the 2012 Games and a central 'street' will give 75% of Olympic visitors access to the main stadium so retail space and so far 95% of the centre has been let. It is claimed that up to 8,500 permanent jobs will be created by the retail sector. 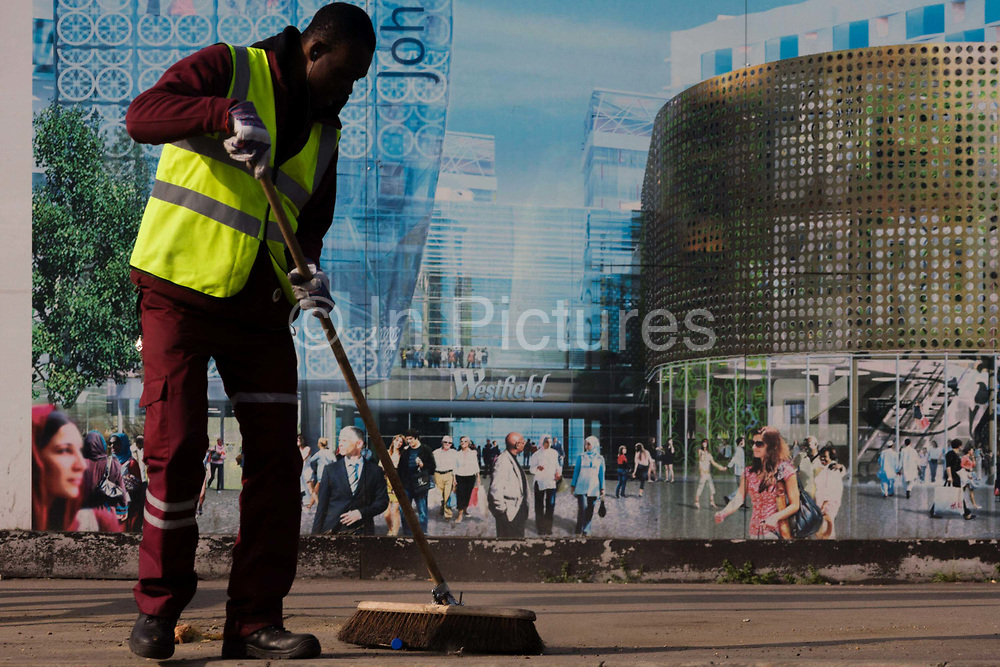