Tourists walk past the giant colossus of Pharaoh Ramesses ll and his daughter Bintanath at the ancient Egyptian Temple of Karnak, Luxor, Nile Valley, Egypt. Bintanath (or Bentanath) was the firstborn daughter and later Great Royal Wife of the Egyptian Pharaoh Ramesses II and is depicted on statues of her father at least three times in Karnak and Luxor though most famously here. According to the country's Ministry of Tourism, European visitors to Egypt is down by up to 80% in 2016 from the suspension of flights after the downing of the Russian airliner in Oct 2015. Euro-tourism accounts for 27% of the total flow and in total, tourism accounts for 11.3% of Egypt's GDP. 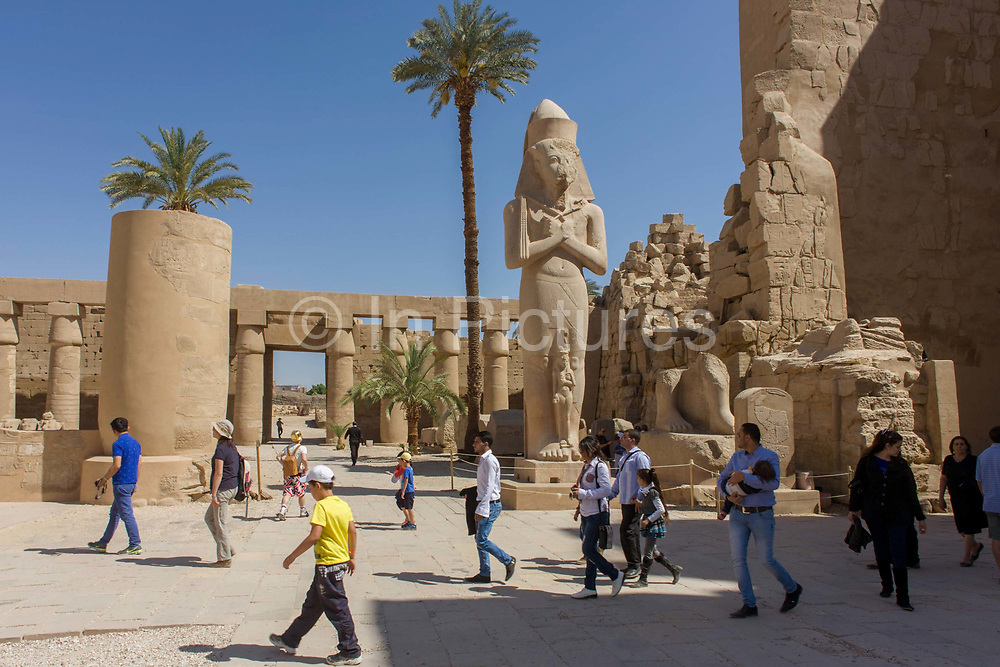