With mouth wide open in mid-shout, a young protester screams his anti-war message to the outside world during a large demonstration against the first Gulf War of 1991. He holds a placard with the now famous Peace Symbol, originally designed in 1958 for the British nuclear disarmament movement, designed by British artist Gerald Holtom for the march planned by the Direct Action Committee Against Nuclear War (DAC) from Trafalgar Square, London to the Atomic Weapons Research Establishment at Aldermaston. The symbol was later adopted by the Campaign for Nuclear Disarmament (CND), and subsequently became an international emblem for the 1960s anti-war movement and the counterculture of the time. 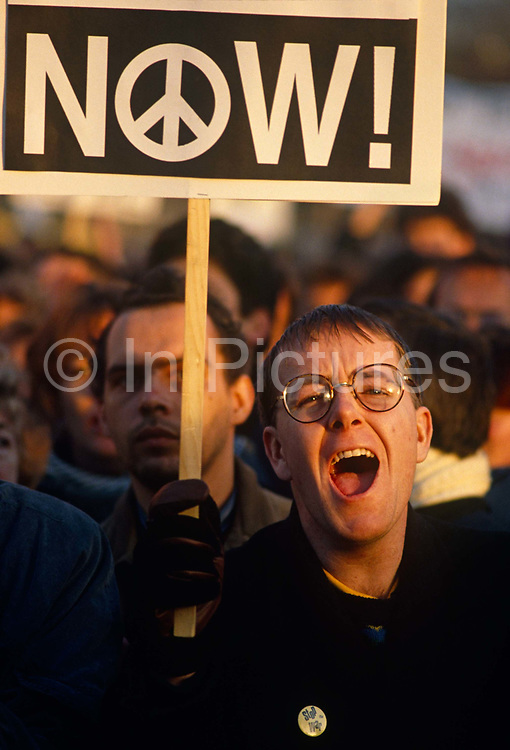