Iraq - Babylon - Details of a mystical creature on a wall

Details of a mystical creature on the walls of the ancient city of Babylon.
Babylon, an ancient city mention in the Bible is dated at around the 24th Century BC.
In 1985, Saddam Hussein started rebuilding the city on top of the old ruins (because of this, artifacts and other finds may well be under the city by now), investing in both restoration and new construction. To the dismay of archaeologists, he inscribed his name on many of the bricks in imitation of Nebuchadnezzar. One frequent inscription reads: "This was built by Saddam Hussein, son of Nebuchadnezzar, to glorify Iraq". 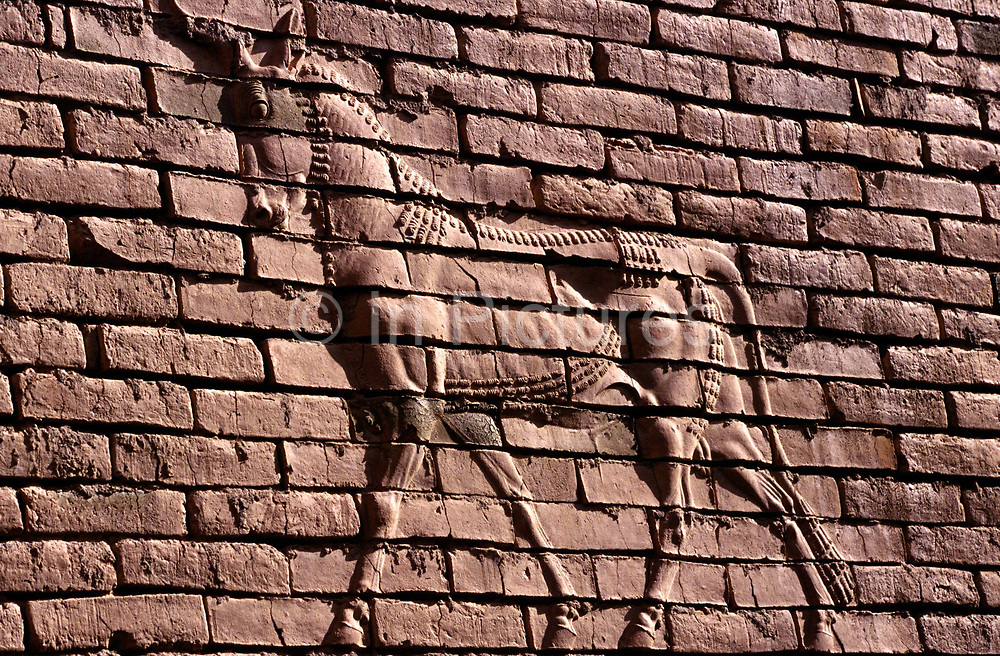