Where young Germans once risked their lives, graffiti and tags now adorn the concrete surfaces of original sections of the Berlin wall at the East Side Gallery on Muhlenstrasse, Berlin. The site is the former border between Communist East and West Berlin during the Cold War. The Berlin Wall was a barrier constructed by the German Democratic Republic (GDR, East Germany) starting on 13 August 1961, that completely cut off (by land) West Berlin from surrounding East Germany and from East Berlin. The Eastern Bloc claimed that the wall was erected to protect its population from fascist elements conspiring to prevent the "will of the people" in building a socialist state in East Germany. In practice, the Wall served to prevent the massive emigration and defection that marked Germany and the communist Eastern Bloc during the post-World War II period. 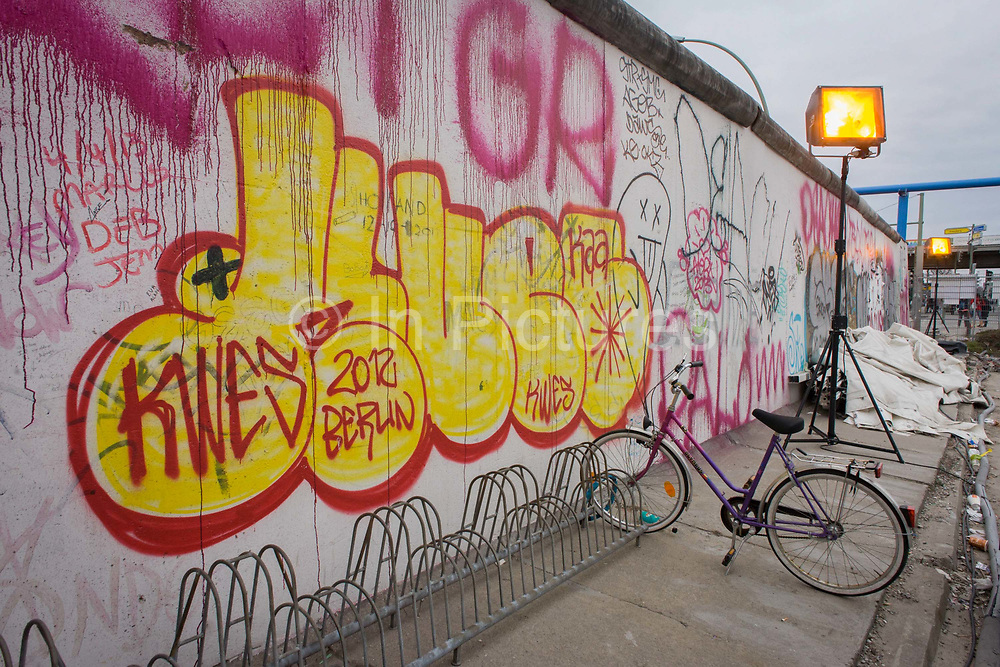