The runners and riders for the 5th and 6th races during a horseracing meeting at the British-built Kolkata racecourse, on 18th November 1996, in Kolkata, India. The race course was built in 1820 and is maintained by the Royal Calcutta Turf Club RCTC, founded in 1847 in Calcutta, British India now Kolkata, India and became the premier horse racing organisation in India during the British Raj. At one time it was the governing body for almost all courses in the sub-continent, defining and applying the rules that governed the sport. During its heyday the races it organised were among the most important social events of the calendar, opened by the Viceroy of India. During the 1930s the Calcutta Derby Sweeps, organised by the club, was the largest sweepstake in the world. It is still an exclusive private club and still operates the Kolkata Race Course. 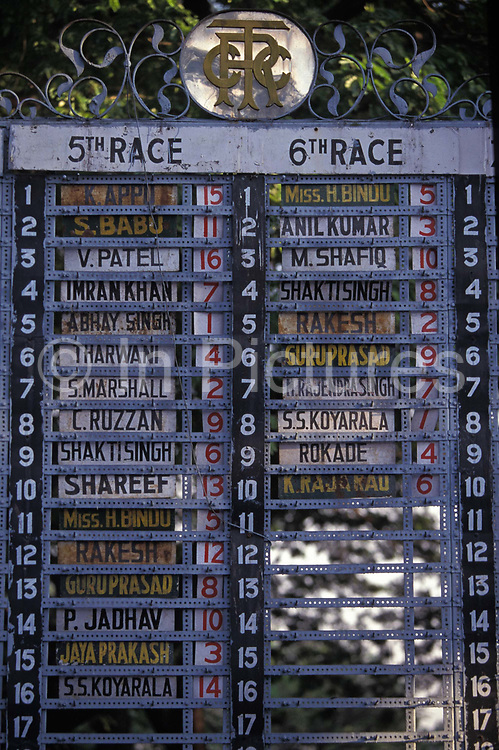