On a grey day in the metropolis of Hong Kong, a giant airliner belonging to an Asian airline passes overhead, seemingly just over the roofs of apartment buildings and offices. The aircraft is nearly at the point of touching down on the runway which is just beyond this street in Kowloon district in the days when Hong Kong was still a British colony and before its handover to Chinese law. The dominating shape of the jet is flying into the former airport called Kai Tak whose runway jutted out into the city’s harbour before the airfield was closed and a new location was opened in an outlying island. We look up to see a wide expanse of overcast sky with the red vertical Cantonese characters of a local business and which echoes the red beacon on the plane’s belly that flashes during the last moments of flight before the actual landing. 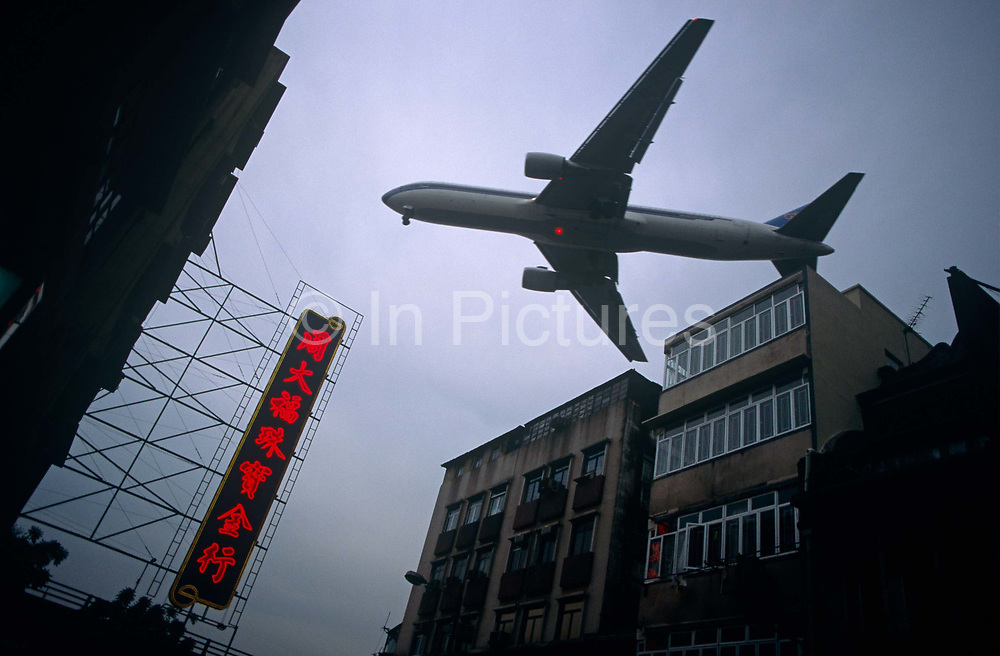