Crowded Guilford train heading for Waterloo, 8.00am. Most travellers on this Southern Region train would be middle class season ticket holders.
British rail was the sole transport option for many rural areas. However, after "The Beeching Report" many connections to villages were cut even before the wide spread of cars (for example in 1960s and 1970s) and public transport was nothing or based on coaches. Coming and Going is a project commissioned by the Museum of London for photographer Barry Lewis in 1976 to document the transport system as it is used by passengers and commuters using public transport by trains, tubes and buses in London, UK. 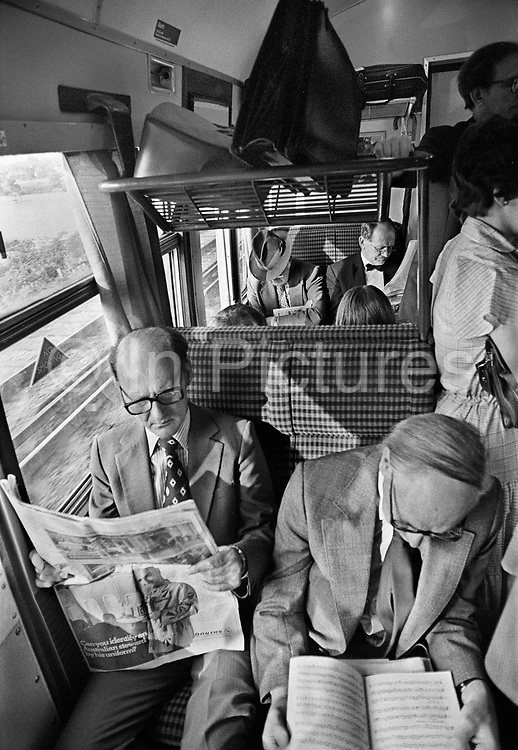