Politcal action group Avaaz wear Rupert Murdoch masks outside Parliament during News International phone hacking scandals. As the News International Chairman and his son sit inside the committee rooms answering difficult questions about the phone hacking scandals, the activists protest outside. Avaaz—meaning "voice" in several European, Middle Eastern and Asian languages—launched in 2007 with a simple democratic mission: organize citizens of all nations to close the gap between the world we have and the world most people everywhere want. 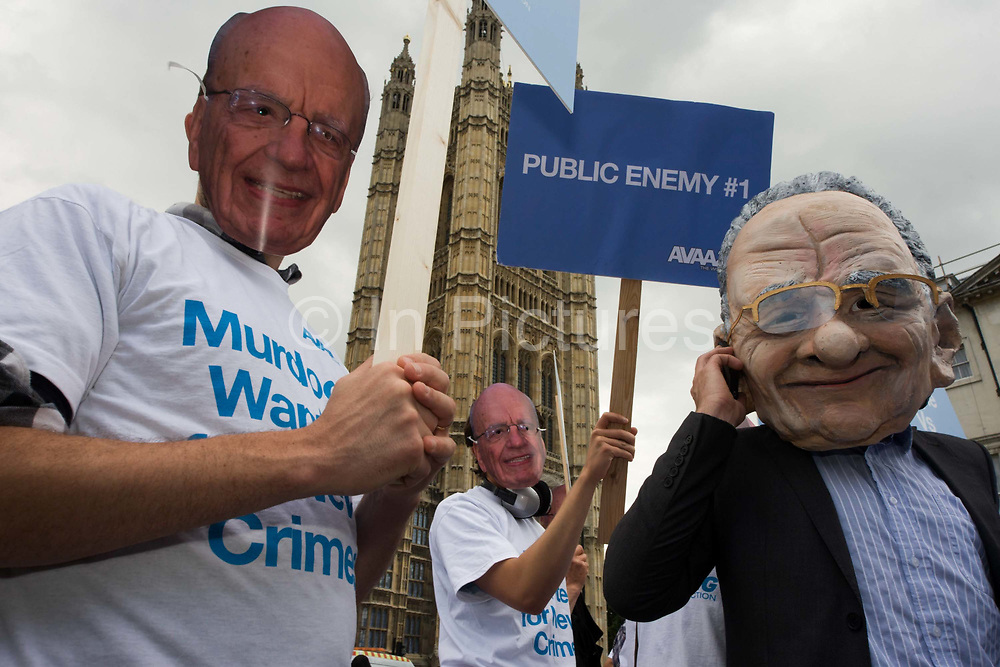