As a small monkey looks on through the thick glass of its enclosure, we see two unsighted children reaching out to feel the soft feathers of a Barn Owl. As part of their learning experience as blind (or near-blind) children as well as the extra therapy of heightening their touch sensensation.
The Barn Owl (Tyto alba) is the most widely distributed species of owl, and one of the most widespread of all birds. It is also referred to as Common Barn Owl, to distinguish it from other species in the barn-owl family Tytonidae. These form one of two main lineages of living owls, the other being the typical owls (Strigidae). Drusillas Park is a small zoo near to Alfriston, in East Sussex targetting children aged between about 2 to 10. The zoo is home to many exotic wild and domestic animals with hands-on activities such as this. 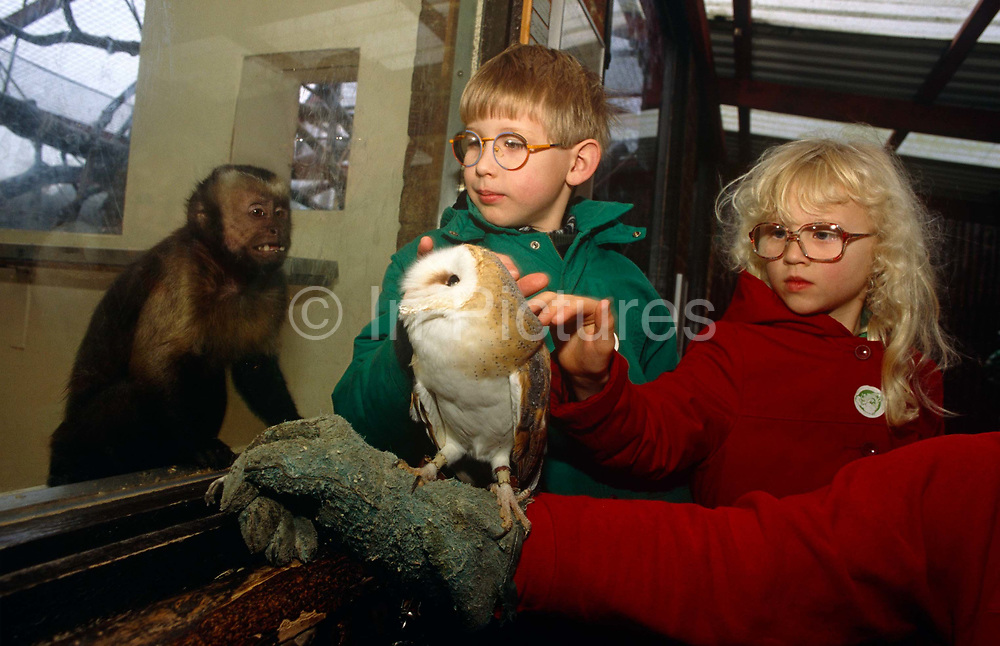