Menelaus Patroclus, Romano Greek statue in the Loggia dei Lanzi, Florence.
Menelaus bearing the corpse of Patroclus. Marble, Roman copy of the Flavian Era after a Hellenistic original of the 3rd century BC, with modern restorations. Found in Rome; in the Medici collections in Florence, 1570; installed in the Loggia dei Lanzi since 1741.
Piazza della Signoria is an L-shaped square in front of the Palazzo Vecchio in Florence, Italy. It was named after the Palazzo della Signoria, also called Palazzo Vecchio.
It is the focal point of the origin and of the history of the Florentine Republic and still maintains its reputation as the political hub of the city.It is the meeting place of Florentines as well as the numerous tourists, located near Ponte Vecchio and Piazza del Duomo and gateway to Uffizi Gallery.
The Loggia dei Lanzi consists of wide arches open to the street, three bays wide and one bay deep. The arches rest on clustered pilasters with Corinthian capitals. The wide arches appealed so much to the Florentines, that Michelangelo even proposed that they should be continued all around the Piazza della Signoria
It is effectively an open-air sculpture gallery of antique and Renaissance art including the Medici lions. 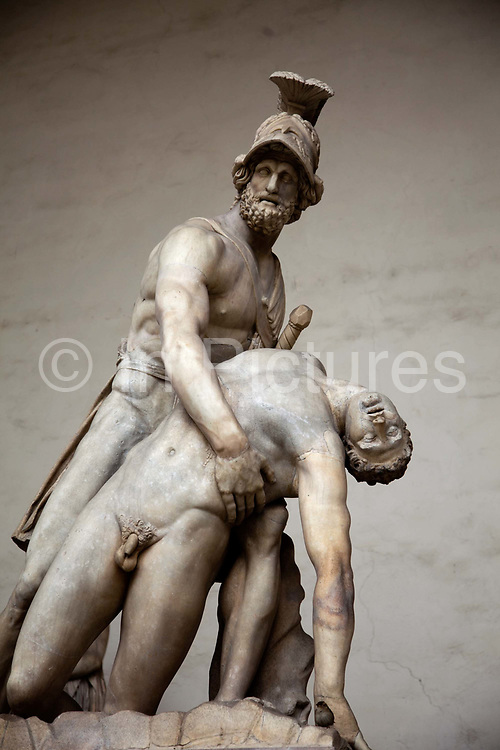