Tourists on the top deck opposite L'Opera during a city tour of Paris, France. Some visitors have guidebooks and maps covering their heads, shading themselves from a hot Parisien sun - while others look down at the street below as they drive the streets of the Paris capital. In the background are the pillars and columns of the Palais Garnier (The Paris Opera). The tour company is Les Cars Rouges, a hop-on, hop-off bus tour of Paris allowing the tourist to explore the city's top tourist attractions from a high, open-top perspective. The Palais Garnier is a 1,979-seat opera house, which was built from 1861 to 1875 for the Paris Opera. 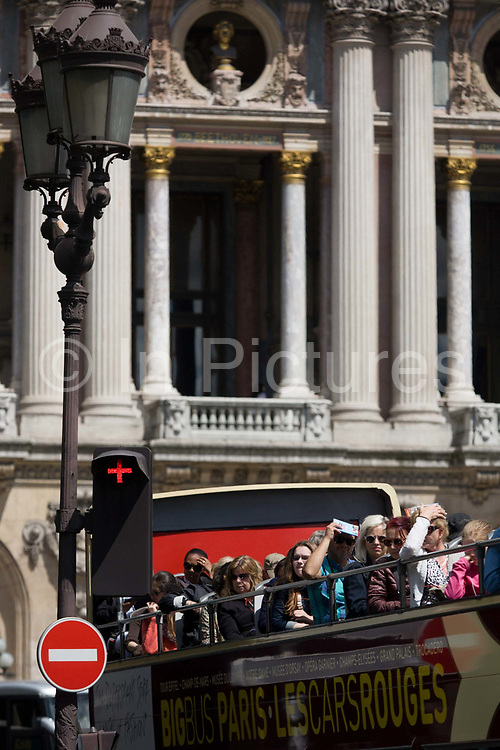