City workers enjoy a lunchtime siesta in summer sunshine under solid Corinthian pillars of the Royal Exchange in City of London. With his tie askew and loosened around his neck, a successful businessman sits on a bench below the war memorial and tall pillars of this Victorian market building in the heart of London’s financial district. Alongside is an older, less prosperous man whose rumpled coat gives us the sense that he might be less accomplished than the younger gentleman. There is a heat wave in the capital and officer workers have come out into the sunshine to unwind and snatch a quick sleep in parks and open spaces. The neo-Romanesque Royal Exchange building also has Doric and Ionic columns with their ornate stonework, strong lintels with carvings featuring the design by Sir William Tite in 1842-1844 and opened in 1844 by Queen Victoria. 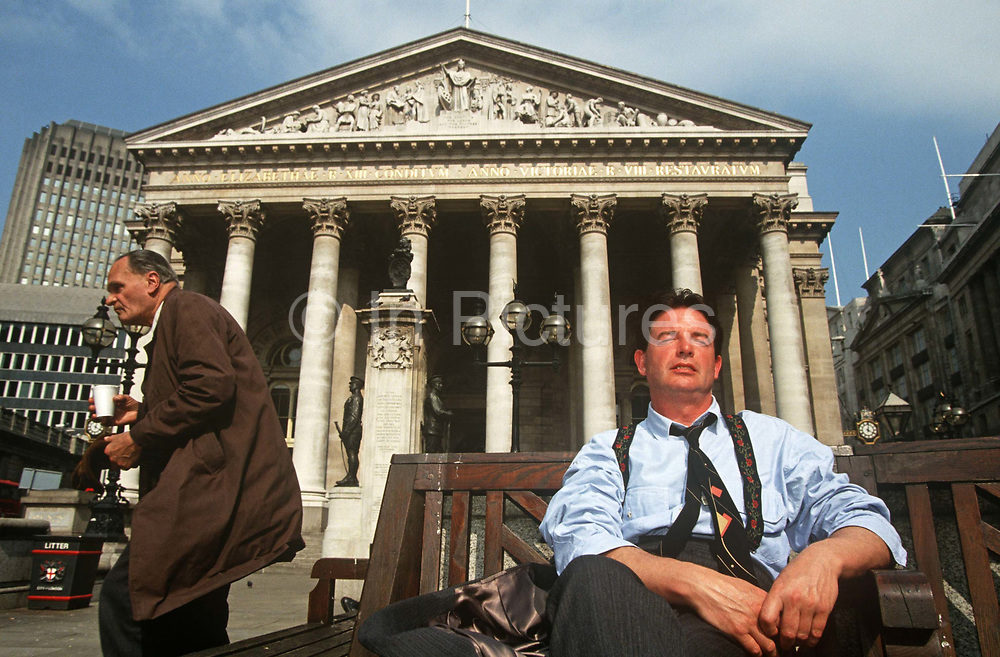