Ornate domed architecture in the Sala de dos Hermanas (Hall of the Two Sisters) in Alhambra Palace. The hall was built by order of Mohammed V. It is square, has interlacing ceilings and bedchambers connected with the Emperor's Chambers (Habitaciones de Carlos V). Arabesque arches and fine carvings adorn this finely-detailed Moorish architecture - well preserved by Spanish authorities. Alhambra (in Arabic, Al-Ḥamra) is a palace and fortress complex constructed during the mid 14th century by the Moorish rulers of the Emirate of Granada in Al-Andalus, occupying the top of the hill of the Assabica on the southeastern border of the city of Granada in the Autonomous Community of Andalusia. The Alhambra's Moorish palaces were built for the last Muslim Emirs in Spain and its court, of the Nasrid dynasty. 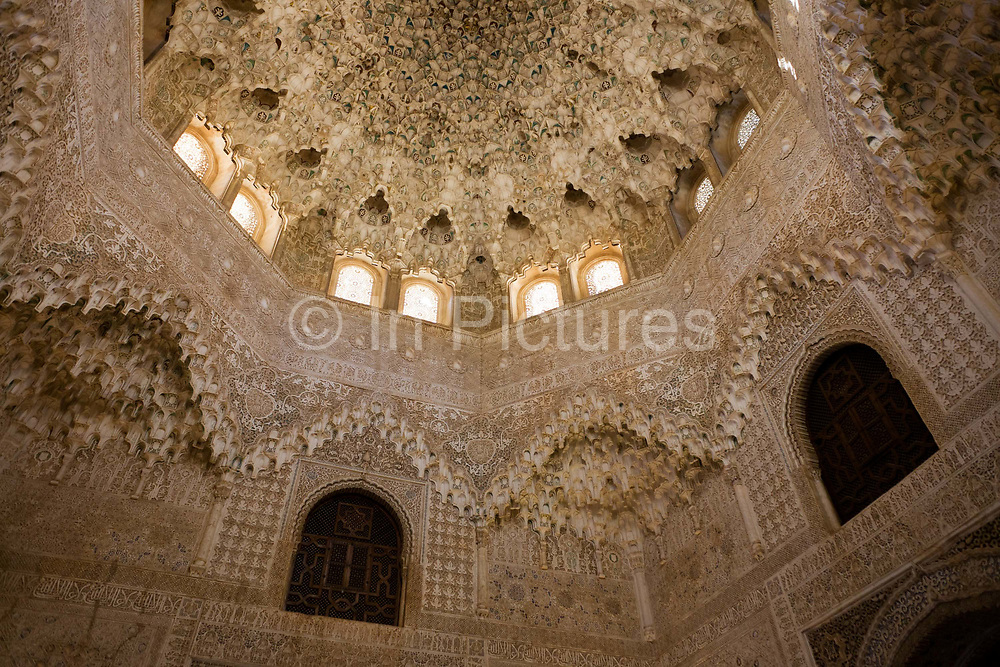