Stratford mainline station, the destination hub for arriving London 2012 Olympic passengers and commuters. The large name of this rail station is prominent in the foreground.
The low-level station was substantially rebuilt in the late 1990s as part of the Jubilee Line Extension works, with a large new steel and glass building designed by Wilkinson Eyre that encloses much of the low-level station, and a new ticket hall. Stratford station is a large multilevel railway station in Stratford, east London. The station is served by the National Rail services National Express East Anglia, London Overground and c2c, by London Underground's Central and Jubilee lines, and by the Docklands Light Railway (DLR). Stratford is in London Travelcard Zone 3, and Network Rail owns the station. 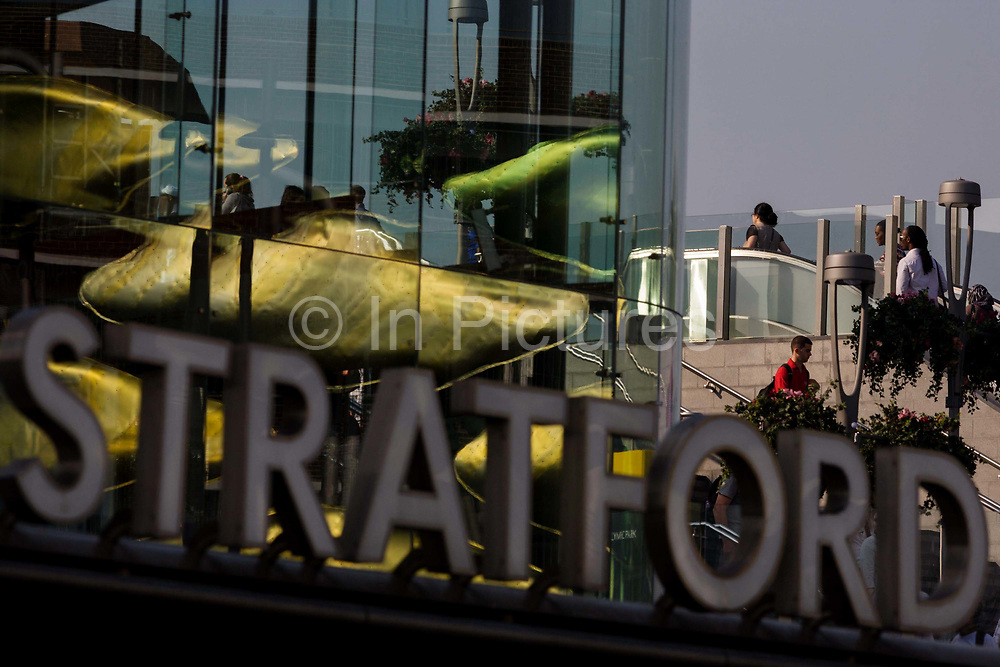