Interior with candles and portrait of Pope John Paul II in the Cathedral of San Rufino in Assisi, Umbria, Italy. Pope John Paul II served as Pope and sovereign of the Vatican City State from 1978 to 2005. He is called Saint John Paul the Great by some Catholics. In this church Saint Francis of Assisi, Saint Clare, and many of their original disciples were baptised. Assisi is a town in the Province of Perugia in the Umbria region, on the western flank of Monte Subasio. It is generally regarded as the birthplace of the Latin poet Propertius, and is the birthplace of St. Francis, who founded the Franciscan religious order in the town in 1208, and St. Clare, Chiara dOffreducci, the founder of the Poor Sisters, which later became the Order of Poor Clares after her death. Assisi is now a major tourist destination for those sightseeing or for more religious reasons. 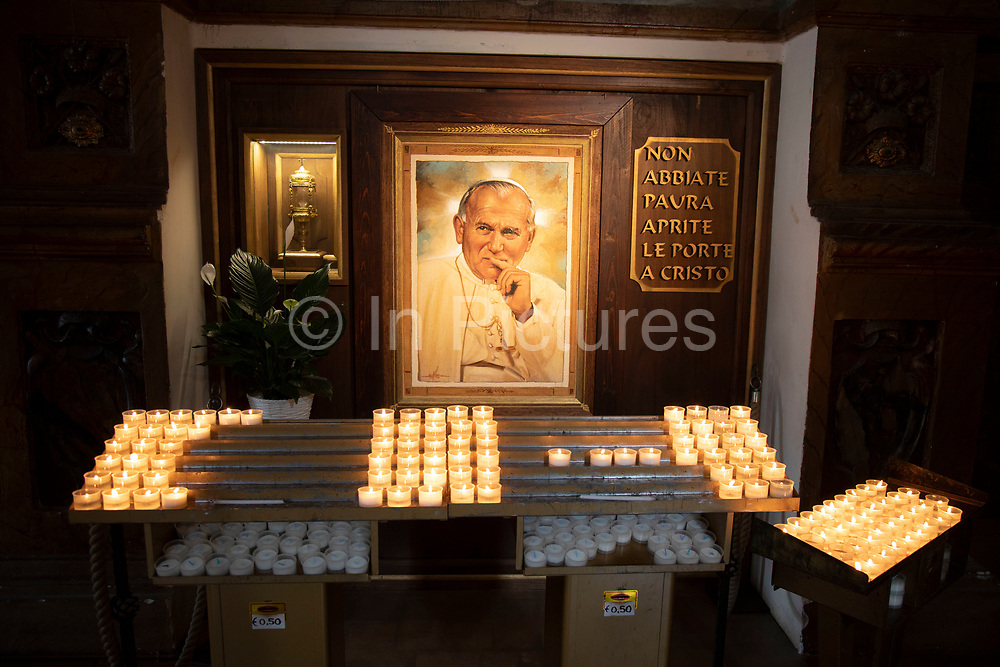